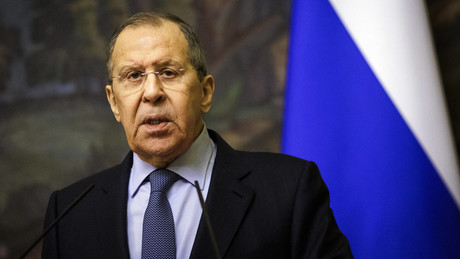 After his meeting with US Secretary of State Antony Blinken, Russian Foreign Minister Sergei Lavrov has dismissed claims that Moscow claims Ukraine as part of its dominions. Instead, NATO is trying to pull the country into its orbit.

Russian Foreign Minister Sergei Lavrov has dismissed claims that Moscow claims Ukraine as part of its dominion, instead accusing NATO of trying to draw the country into its orbit. The remark came after his meeting with US Secretary of State Antony Blinken in Geneva on Friday. In response to a question from British state broadcaster BBC Lavrov said:

“We make no claims to spheres of influence, but what NATO is doing in relation to Ukraine clearly shows that NATO sees Ukraine as part of its zone of influence.”

He added that the US-led West is actively working to extend its influence to more areas in Europe. Spheres of influence exist primarily thanks to the policies that colonial powers pursued after decolonization, because they did not want to lose their zones of influence. They invented different ways to hold these areas, Lavrov said.

There are many examples, Lavrov added. One of the most recent is Blinken demanding explanations from Kazakhstan for why earlier this month it requested the deployment of Collective Security Treaty Organization troops in response to mass protests and riots the government said had been fueled by foreign actors. The EU is pursuing a similar approach in the Balkans. Lavrov complained:

“It’s really sad that grown-ups engage in this kind of competition to measure who’s tougher and who’s got the bigger something.”

This competition is one of the main reasons why global problems such as climate change, terrorism and the threat of pandemics cannot be dealt with satisfactorily.