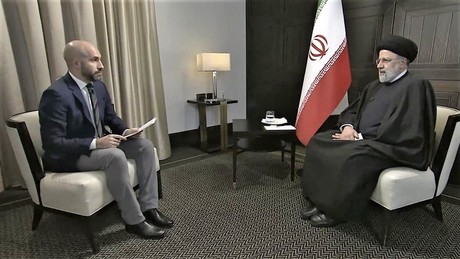 The relationship with Russia is based on the common interests of both countries and is discussed on an equal footing. Iran has become the target of Western attacks precisely because the country wants to remain a sovereign state, Iranian President Raisi said in an exclusive interview with RT.

Russian President Vladimir Putin received his Iranian counterpart Ebrahim Raisi in Moscow on Wednesday. The meeting marked Raisi’s most important official foreign visit since taking office in August and the first visit by an Iranian president to Russia since 2017. Raisi gave an interview to RT to mark the occasion.

Asked about the current status of relations between Russia and Iran, the Iranian President said that relations between Tehran and Moscow are developing based on common interests in numerous bilateral areas, including security and military cooperation and space technology . Iran intends to intensify its diplomatic relations with Russia at the level of “strategic” partnership, as the Iranian government has prepared a draft 20-year strategic cooperation agreement with Russia.

Interaction with Russia is compatible with Iran’s principle of sovereignty. The relationship with Russia is based on the common interests of both countries and is discussed on an equal footing. Iran has become the target of Western attacks precisely because the country wants to remain a sovereign state.

Western experts deliberately stir up hysteria about the strategic partnership between Russia and Iran, describing it as a threat to the West. When asked about the motives behind such speculation, Raisi said Iran and Russia are important players in the region and that if they get closer, alarm bells will be ringing in Western countries, which basically have “world dominance claims”.

Iran is increasing its cooperation with China in several areas, both bilaterally and with Moscow as a third party. Regarding the orientation of Iran’s foreign policy towards the east, Raisi said: “We align our relations on the basis of common interests, with Iran’s relations with China and Russia having a strategic shape.” Regarding Iran’s accession to the Shanghai Cooperation Organization (SCO), Raisi stated that the activation of multilateral relations within the regional organizations would contribute to the well-being and security of the region.

Iran nuclear deal talks are high on the agenda in Moscow. When asked how he assessed the current status of the talks, Raisi said that the West had so far violated the conditions of the nuclear deal. “The US government pulled out of the deal while European countries are failing to meet their obligations under the nuclear deal.” Western states would now have to lift the sanctions against Iran in order to allow the treaty to be revived at all.

Both Russia and Iran are frequently accused of cybercrime and cyberespionage by the West. When asked if these allegations were in any way justified, the Iranian leader said the West itself was responsible for numerous cyber attacks around the world. “We recently witnessed a large-scale cyber attack on gas station supplies in Iran.” The Iranian nuclear industry has been damaged several times by cyber attacks in recent years. The West and “Zionists” themselves have always indicated that they were involved in cyber attacks against Iranian structures and murders against Iranian scientists.

More on the subject – Haaretz: Russia, China and Iran are successfully challenging the West’s “rules-based order”.