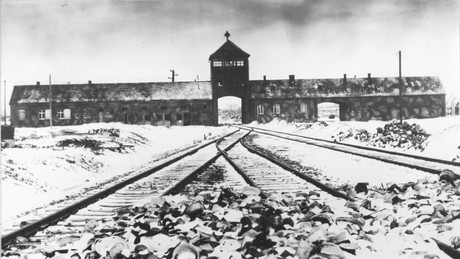 A vote was not taken in the case of the United Nations resolution. Social media companies should take action against anti-Semitism and Holocaust denial. Authors were Germany and Israel.

the United Nations used the day of remembrance to pass a resolution against Holocaust denial and anti-Semitism. Germany and Israel made the proposal. It urges member countries to “unreservedly reject any complete or partial denial or falsification of the Holocaust as a historical event and all activities in this regard”.

By means of programs they should keep the memory alive for future generations. Social media are urged to take action against anti-Semitism and Holocaust denial.

Israel noted that it was a historic event. After all, this is the second time that an Israeli-sponsored resolution has been adopted at the United Nations. Holocaust survivors also took part in the acceptance:

The German UN Ambassador Antje Leendertse on the adopted resolution:

“The General Assembly sends a strong and unequivocal message against the denial or distortion of these historical facts.”

“Together we will keep the memory of the victims alive.”

My colleague @yairlapid and I welcome today’s adoption of the #U.N– Resolution on Holocaust Denial & Distortion. 80 years after the Wannsee Conference on this day, this initiative was brought forward by our two countries. Together we will keep the memory of the victims alive.

According to Israeli Ambassador to the United Nations Gilad Erdan, Holocaust denial has spread like a cancer. The resolution will help warn against the dangers of “hatred, bigotry, racism and prejudice”. Last year, the World Jewish Congress signed an agreement with Facebook to redirect users searching for terms related to the Holocaust or Holocaust denial to a shared website, available in 19 languages.

More on the subject –“Jewish stars” on anti-corona demos: Use of Holocaust symbols could soon be punishable