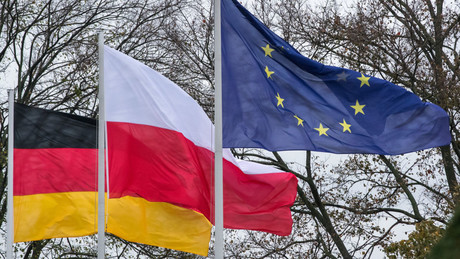 An analysis by Gert-Ewen Ungar

The EU Commission already had one on December 2, 2021 press release published, in which she announced that an ongoing infringement procedure against Germany had been discontinued. The news went largely unnoticed in the German media.

What some may consider good news is, however, a serious one, because it means a massive reduction in the competence of the Federal Constitutional Court, which is countered by an increase in the powers of the European Court of Justice (ECJ). One could also, with full justification, speak of a kind of putsch from above. The case is also interesting in another respect, because there are also treaty infringement proceedings against Poland in connection with its constitutional court. The two cases are to be compared here, because in the Polish case the ECJ is pushing for exactly the opposite measures to those in the German one.

The background is briefly summarized here: Peter Gauweiler (CSU) and the AfD founder Bernd Lucke had complained to the Federal Constitutional Court in Karlsruhe about the ECB’s bond purchases. As part of the Public Sector Purchase Program (PSPP), the ECB bought bonds worth well over two trillion euros on the secondary market with the aim of stabilizing inflation and preventing the euro area from slipping into deflation, which is much more difficult to manage. The Federal Constitutional Court followed the plaintiffs’ view that the federal government had not done enough to get the ECB to ensure that the German parliament was sufficiently informed about the proportionality of the purchase program.

The purchase program directly affects German budgetary policy. Parliament therefore has a right to information about the proportionality of the programme. If the ECB does not comply with this obligation to provide information, the Deutsche Bundesbank, as part of the system of European central banks, will no longer be allowed to participate in the program. The ECJ exceeded its competence in a previous judgment that legitimized the purchases, as did the ECB, according to the German judge’s verdict.

This last sentence was then the reason for the initiation of infringement proceedings against Germany, because the Federal Constitutional Court is thereby placing itself above the case law of the ECJ. Incidentally, Sven Giegold from the Greens, who spoke in an open letter addressed Commission President Ursula von der Leyen and demanded the initiation of the procedure on the grounds that there was a risk of renationalisation of the EU.

It is the Greens who not only dream of the United States of Europe, but also had the deepening of European integration written into the coalition agreement and are obviously prepared to throw all principles overboard for this ideological purpose and to sanctify all means to achieve this.

The infringement proceedings have now been discontinued because – and now please read carefully – the Federal Government assures that it will exert influence on the Federal Constitutional Court in the future in order to actively prevent the German court from finding that the EU organs have exceeded their competences. The federal government assures political influence on the judiciary. The independence of the Federal Constitutional Court is damaged. The Federal Government limits the scope of the Constitutional Court and allows the ECJ to extend its competence. In connection with the EU one no longer needs to turn to Karlsruhe. The procedures degenerate into an affirmative farce or are not even allowed. Karlsruhe is essentially no longer responsible.

Here, too, a brief history: the ECJ had complained that the judicial reform in Poland was not compatible with the EU’s concept of the rule of law. The main complaint is that the influence of politics on the independence of the court would become too great as a result of the reform, and that the Polish judiciary is therefore no longer bound by the judgments of the constitutional court.

Compare this with the justification for dropping infringement proceedings against Germany. A greater contradiction could hardly arise.

There are two infringement cases in which the independence of a constitutional court is at stake. In one case, the ECJ’s independence goes too far. With the assurance of political influence on the court, the infringement proceedings against Germany are dropped. In the other, in the Polish case, there is too much political influence on the Constitutional Court. The EU is aiming for greater independence in Poland, with the aim of ensuring that the Polish judiciary only makes EU-compliant decisions.

These two cases, which are so contrary to each other, also make it clear how little the ECJ and the EU Commission really care about the rule of law. In the comparison of the two cases, this argument only seems pretentious.

But what is also clearly visible here is how the ECJ and the EU are further expanding their power behind the pretend argument of concern for the rule of law, thereby pushing back the sovereignty of the nation states.

Deepening is structural for the EU. The path automatically leads to the United States of Europe, albeit undermining democracy and participation. There is an urgent need for a fundamental discussion as to where the EU is headed. If you leave it in its current state, it is clearly moving in the direction of an autocratic central state.

If the commitment to European values ​​is not to be just lip service and a PR slogan, it is necessary to represent and enforce these values ​​not only externally, but above all internally.

In this context, the German Greens in particular should urgently reconsider their position on the EU. There will be no convention for an EU constitution like the one in the coalition agreement. A European constitution ratified by all nation states and a deepening of the EU legitimized by it is a left-liberal fantasy that apart from a small, mainly German minority, nobody in the EU subscribes to. It cannot therefore be implemented democratically.

The alternative to this is an extension of the powers of the Commission through legislation by the ECJ. This process, which the German Greens in particular apparently not only support, but which they even go on the offensive, leads to an autocratic, anti-democratic EU, which all those “regimes” at which the Greens in particular like to point the moral finger, like exemplary examples for democracy and the rule of law.

However, as the whole process makes clear, the EU is moving further and further away from its own values ​​and is also undermining them in the nation states.