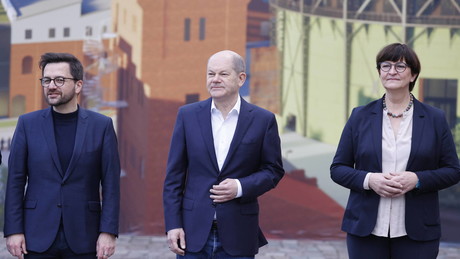 After the back and forth about booster vaccinations, some politicians are already talking about a fourth vaccination against COVID-19. The deputy SPD chairman Thomas Kutschaty is now demanding clarity from the prime ministers’ conference on Monday.

Will the fourth vaccination against COVID-19 follow the “booster”? The opposition leader of the SPD in NRW Thomas Kutschaty, who is also a deputy SPD chairman, expects a clear announcement from the Prime Ministers’ Conference on Monday that a fourth vaccination is currently not necessary, as t-online reports reported. The SPD chairman in North Rhine-Westphalia and NRW member of the state parliament said to the dpa:

“Many citizens are asking the doctor’s office whether they need a fourth vaccination now.”

Clarity is now needed. With the third, the so-called booster vaccination, one is well protected, which is also shown by the experiences of the countries in which vaccinations have already been given for the fourth time, the 53-year-old emphasizes. He is of opinion:

“The priority continues to be that those who are not fully vaccinated can have boosters up to the third vaccination.”

The prime ministers of the federal states will discuss how to proceed in the corona pandemic with Chancellor Olaf Scholz (SPD) on Monday. There are no signs of any changes to the existing measures, which Kuchaty approves. He summarized his view:

“Currently there is no room for easing or tightening. […] I expect that we will continue to act with a sense of proportion in the pandemic policy and not jump to conclusions that we may soon regret.”

Decisions are expected from the federal-state group, among other things, on the subject of PCR tests. Federal Minister of Health Lauterbach and the health ministers of the federal states had spoken out in favor of a so-called prioritization: given the limited laboratory capacities, certain population groups should have a preferential right to these more precise tests, while for all others, rapid antigen tests should also be sufficient for capacity reasons.

More on the subject – Streeck on compulsory vaccination: “We can’t even say how often we have to vaccinate”