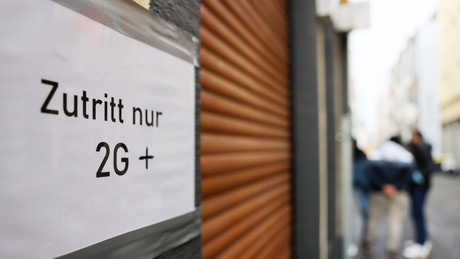 After the federal and state consultations, Chancellor Scholz declared that he wanted to “stay on course” in corona policy for the time being. The renowned epidemiologist Klaus Stöhr, on the other hand, called for a clear change of course. The time is ripe to allow “more normality”.

Prof. Klaus Stöhr is considered one of the experts who is also known to a broader public and who has been committed to dealing with SARS-CoV-2 beyond a “panic mode“. He often criticized the measures taken by the federal governments as disproportionate.

Early on, Stöhr opposed a zero-tolerance policy against COVID-19 that was sometimes publicized and presented. “Zero COVID is zero realistic“, the renowned virologist and epidemiologist was also convinced a year ago, towards the end of January 2021. Much more expedient – than the completely pointless attempt to eliminate SARS-CoV-2 and close schools with the “measures based on the watering can principle”. – be it to focus on protecting vulnerable population groups.” (School) closures here are the last resort in absolute crisis mode – you don’t see that, not even in the hospitals.”

On Monday, the federal and state governments discussed how to proceed in view of the spreading omicron variant of the corona virus. After the talks, it was agreed, among other things, not to further tighten the corona measures for the time being. At the same time, it was apparently agreed that there was allegedly no room for easing at the moment. Chancellor Olaf Scholz was convinced that one must remain cautious. According to the SPD politician, it is still unclear how the pandemic will develop. If necessary, the necessary decisions will be made. “But now the first thing to do is stay the course!” The former mayor of Hamburg brought his approach to a catchy-sounding formula.

This allegedly rigid attitude provoked criticism from specialists and experts like Stöhr. So explained he, as the former head of the WHO Global Influenza Program, now told the editorial network Germany (RND):

“What is missing from the resolutions is a relaxation of the 2G and 2G plus corona rules, which were not very effective from the start.”

Against the background that vaccinated people in the intensive care units make up less than a quarter of the patients, the question arises as to why the relevant part of the population should also be tested “if they want to go shopping or to a restaurant”. Due to the much more easily transmissible omicron variant, it will again apply to the unvaccinated that the majority of them will become infected and then later be considered recovered. “Vaccinated or recovered, i.e. 2G, will be normal for everyone very soon.”

According to Stöhr, the politicians should have taken this into account in their deliberations and decisions and used it as an opportunity to relax. The 2G-plus rule is particularly “suspicious – because of its potentially destructive effect on vaccination readiness and the negligible effect on the outbreak frequency in retail and hospitality”. As far as schools are concerned, Stöhr also comes up with a firm statement: “It is questionable whether the obligation to wear masks and testing without cause in Germany still makes sense.”

In the RND conversation, Stöhr also called for a more attentive look at the countries surrounding Germany. The French government, for example, is relaxing, “although the incidence there is much higher and the government describes the situation in the hospitals as tense but manageable”. According to Stöhr, it is now important to allow the thought of more normality again for Germany:

“The handling of the pandemic in neighboring countries shows us that we can allow more normality.”

Meanwhile, Great Britain recently took perhaps the biggest step towards normality – with a vaccination rate that is currently low 71 percent “fully vaccinated”. Prime Minister Boris Johnson announced the end of the COVID-19 measures last Wednesday. According to Johnsons, the most recent data indicated that the wave of infections triggered by the omicron variant had peaked.

The lifting of ‘Plan B’ restrictions means that COVID-19 ID cards will soon no longer be required in England. In addition, people should no longer be asked to work from home if possible.

Meanwhile, Stöhr pointed out on Monday in a conversation with the world also to the sometimes far lower hospital bed capacity in countries such as Switzerland or Sweden. Nevertheless, “in the case of far higher incidences” in these corresponding countries, the following would also be gradually relaxed:

“Why should the virus behave differently in Germany than in other countries?”

In view of the current corona wave with the highly contagious omicron variant, according to Stöhr (as a former SARS research coordinator at the WHO), natural immunity through infection in combination with vaccination will lead to lasting immune protection.

After a combination of vaccination + natural infection (unfortunately not preventable), boosters are used against #covid19 maximum for the +60J and other Vulnerable be necessary from next winter. What is the strategy for ordering more vaccine doses? Boosters for ever? pic.twitter.com/Ua5zLppyt6

This makes a “fourth, fifth, sixth or seventh” booster vaccination superfluous, said Stöhr in mid-January on the TV station Bild. In the fall you have to see whether you should make the over 60-year-olds a vaccination again.

In view of the millions who have not been vaccinated or at least not fully vaccinated, Stöhr believes that caution is still very important. Nevertheless, he is convinced: “In the spring and summer it will be very relaxed.”

The number of “intensive care beds occupied by COVID-19 patients per 100,000 inhabitants” is continuously decreasing in Germany. With the status of the numbers on Wednesday, they were included according to the DIVI intensive care register 2.88.