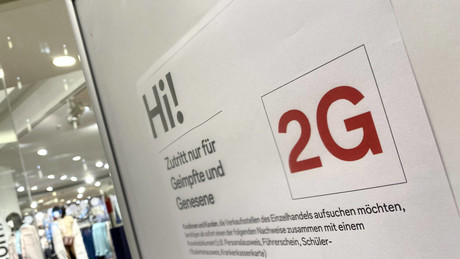 After a court ruling, Hesse wants to abolish the 2G rule for all retail trade in the state. It is now no longer comprehensible to distinguish between shops for basic needs and other retailers. However, FFP2 masks must be worn.

Hesse wants to lift the 2G rule for all retail in the state. Prime Minister Volker Bouffier (CDU) said on Wednesday in the state parliament in Wiesbaden that one must continue to act cautiously because the corona pandemic is not over yet. Therefore, in the future, wearing FFP2 masks will be mandatory for all retail trade in Hesse.

So far, only shops for daily needs such as supermarkets or pharmacies have been exempt from the 2G rule, according to which only vaccinated or recovered people have access. An operator of three fashion houses had achieved success with an urgent application against the 2G rule before the Frankfurt Administrative Court. As a court spokeswoman explained on Monday, she can conduct her business without applying the 2G rule for the time being.

Shortly thereafter, the city of Hanau was the first city in Hesse to decide to no longer control the 2G rule for retail. For reasons of equal treatment, 2G can hardly be mediated after the court ruling. Hanau’s Lord Mayor Claus Kaminsky said:

“Now the country is called upon to quickly provide legal clarity.”

Bouffier now decided that it no longer made sense to distinguish between basic necessities shops and other retailers. In addition, the industry is under enormous pressure. The Corona cabinet will now deal with the planned new regulations. The new regulations could come into force as early as next week. The federal and state governments had decided on the 2G rule for large parts of the retail trade in view of the increasing corona incidence figures at the beginning of December last year. In some federal states, shopping without 2G is already allowed again after courts overturned the rule.

More on the subject – Schleswig-Holstein is tipping 2G in retail