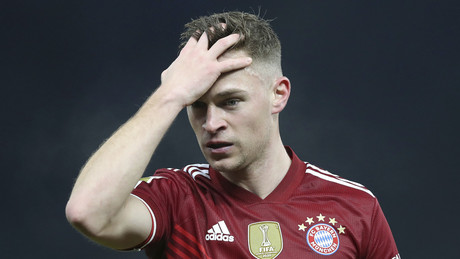 After weeks of dominating the headlines for refusing to be vaccinated against COVID-19, professional soccer player Joshua Kimmich has announced that he wants to be vaccinated after all. Health Minister Karl Lauterbach spoke up.

The fact that the German soccer professional Joshua Kimmich did not want to be vaccinated against SARS-CoV-2 due to personal concerns and the lack of long-term studies caused a stir nationwide and caused controversy. However, he did not want to be understood as a so-called anti-vaccination opponent or “corona denier”. Even politicians felt called upon to comment on and “regret” the Bayern star’s decision.

After weeks of debate, the turning point: Kimmich declared that he now wanted to be vaccinated. The 26-year-old had previously tested positive for the corona virus. “In general, it was just difficult for me to deal with my fears and concerns, which is why I was undecided for so long.”

At that time, the SPD politician and doctor Karl Lauterbach, who was mainly known as a talk show expert with political ambitions, did not miss the opportunity to wish Kimmich a “quick full recovery”. Lauterbach also announced via Twitter:

“The case shows how difficult it is to avoid Covid today without being vaccinated. In the unvaccinated group, the incidence is FAR over 1,000. The risk is unmanageable.”

A number of professionals who had been vaccinated against COVID-19 had already been infected before and since, while Kimmich became a little quieter after surviving the illness. Most recently, the footballer announced that he was not fully fit again due to a slight infiltration of the lungs.

Meanwhile, Lauterbach spoke up again, now as Minister of Health. He would personally vaccinate the soccer star against the corona virus and then inform him about all the risks, Lauterbach assured. He explained to Bunte magazine:

“I offer him that I vaccinate him myself and explain all the risks. They are significantly higher if he is not vaccinated.”

He himself has already lent a hand with friends and family and vaccinated himself – “especially my daughter, because she wanted it,” said Lauterbach. However, the most touching moment for him personally was when his 86-year-old mother was vaccinated. “She comes from a generation that believes vaccination is a blessing and still knew about diseases like polio.”