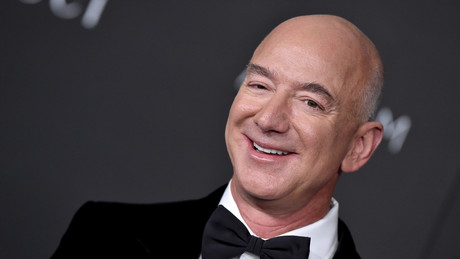 Because Amazon founder Jeff Bezos’ superyacht cannot fit under the historic Koningshaven Bridge, the authorities in Rotterdam have agreed to temporarily dismantle it. However, Bezos promised that he would pay for it. The townspeople are outraged.

The US billionaire Jeff Bezos is again under criticism. The reason is his gigantic sailing yacht, which costs 430 million euros. According to media reports, the authorities in the Dutch port city of Rotterdam have agreed to temporarily dismantle a historic bridge so that Bezos’ almost 40-meter-high three-master can pass.

The Amazon founder commissioned a shipyard in Alblasserdam to build a super yacht. However, the three-master does not fit under the Rotterdam Koningshaven Bridge on its way to the sea.

The bridge, also known as “De Hef”, was built in 1878. Extensive renovations were completed in 2017. The city authorities promised at the time that the bridge would “never be dismantled again”. The residents of Rotterdam reacted with outrage to the authorities’ decision.

However, Bezos had promised to cover the costs. The city administration also refers to the number of jobs created by the construction of the yacht.

More on the subject – The week before Christmas: Verdi calls for a warning strike at Amazon