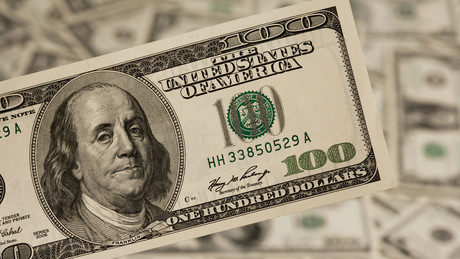 Moscow is arming itself for possible sanctions by the West with an action plan that is intended to minimize the resulting risks. This also provides for measures in the event of a US ban on dollar transactions for Russian banks.

Moscow is bracing for the threat of tough US sanctions amid the ongoing dispute over Ukraine, including a possible restriction on Russian banks’ access to dollar transactions. This was announced by Kremlin spokesman Dmitry Peskov to reporters on Wednesday in response to threats from Washington. He described the sanctions behavior of the USA as “completely unpredictable”. He said:

“We have plans. There are plans to hedge against risks, to minimize the consequences of such unpredictable actions.”

Washington maintains “its unpredictability in international affairs in this regard.” And that undoubtedly worries the Kremlin, Peskov said. Nevertheless, the Russian President’s press secretary warned the US government to reduce tensions in the Ukraine conflict:

“I repeat it again: We have consistently asked the United States to refrain from provocative actions and not to further escalate tensions on the European continent.”

In the event of an invasion of Ukraine, which Russia is said to be planning, the US and the EU are considering sanctions aimed at the country’s largest banks. This was reported by the Bloomberg news agency in December. These sanctions would also limit investors’ ability to buy Russian debt on the secondary market, as well as make it more difficult for the country to exchange rubles for US dollars or other foreign currencies.

Last month, US President Joe Biden threatened Russia with harsh measures if it invaded Ukraine, including a ban on Russian banks doing business in US dollars. A bill is currently being discussed in the US Congress that would impose similar sanctions on Moscow and also target the Russian energy sector. In addition, the draft includes providing $500 million in military aid to Ukraine.