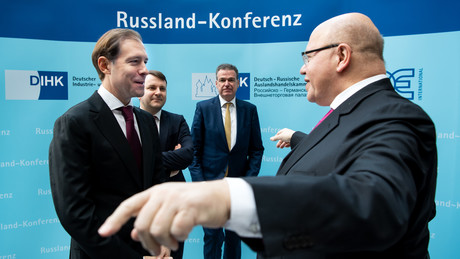 The threat to Russia from NATO and its allies has left its mark on German-Russian business relations. In the last ten years, the number of German companies in Russia has fallen by almost half.

The German-Russian Chamber of Commerce (AHK) has warned against a further migration of German companies from Russia in view of numerous imponderables. The reported Die Junge Welt will be online in advance on Monday. The number of German companies there had already fallen by eight percent in 2021 compared to the previous year, as the AHK announced on Monday. At the beginning of 2022, a total of 3,651 companies with German participation were still registered in Russia.

The CEO of the AHK and delegate of German business in Russia, Matthias Schepp says:

“The fear of war surrounding the Ukraine crisis, the threat of new sanctions and discriminatory compulsory tests for top managers and engineers pose a massive risk and annoyance.”

If solutions are not found soon “that stabilize the business climate”, it is clear that even more companies will “pack their bags” in 2022.

This negative development has been going on for more than ten years: From its peak in 2011 with 6,300 companies at that time, the number of German companies in Russia has now fallen by a total of 42 percent. However, there is one ray of hope: German companies continue to invest billions in the largest country in the world, and at the same time the number of members of the AHK has increased from 800 to 1,050 in the past five years.