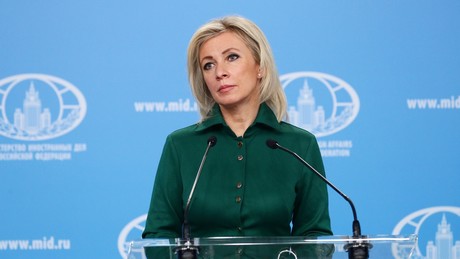 The West started the tale about the so-called “Russian threat” in order to revive its “image of invincibility” after the failure of the Afghanistan mission. This was stated by the Russian foreign ministry spokeswoman Maria Zakharova in a statement on Monday.

In a reaction to a publication in the blog of the EU High Representative for Foreign Affairs and Security Policy Josep Borrell at the end of January, the spokeswoman for the Russian Foreign Ministry Maria Zakharova shared her view of the role of Western governments in the Ukraine conflict on her Telegram channel. The diplomat questioned whether Borrell was even familiar with his post, writing:

“A renewed essay discusses the Western media’s well-known psychedelic phobias about ‘Russian aggression against Ukraine.’ ordered ‘music’, it is clear: they invented the ‘Russian threat’ themselves, raised themselves to a ‘heroic’ fight against it, only to provoke and loudly proclaim their ‘victory’.”

The United States and Britain would use the tensions that have arisen to “distract from their own political crises,” Zakharova continued. She also saw it as a possible opportunity for the West to revive its “image of invincibility” after the Afghanistan disaster and to invest billions in arming “young democracies”.

“After the West’s recent outing, the country will not be accepted into any proper institution – who needs a country that ‘is about to be invaded by Russia at any moment’?”

The diplomat also pointed to the financial losses in Kiev from the “patriotic games” of the past few months, which according to Ukrainian President Vladimir Zelenskiy have already amounted to 12.5 billion US dollars. These would only be covered to a fraction of the financial aid that the EU had promised with the latest tranche to Kiev. In addition, the Russian Foreign Ministry spokeswoman reminded that most of the EU bailouts are still just loans, which would only add to Ukraine’s debt burden. Zakharova then said:

“As the saying goes: you don’t need enemies with friends like this. However, we have repeatedly said that Ukrainian interests are of the least concern to the West.”

For several months, Washington and Brussels have accused Moscow of allegedly preparing a military invasion of Ukraine, alleging that Russian troops have therefore advanced to their border with the neighboring state. Against this background, NATO has long since begun to increase its presence in Eastern Europe. Russia has repeatedly denied alleged plans for military action against its neighbor, stressing that it is perfectly legitimate to move its own troops within its own territory.

At the same time, in December Moscow demanded legally binding security guarantees from the US and NATO that would prevent the US-led military bloc from expanding into Ukraine or Georgia. While the West is now generally showing a willingness to discuss common security with Russia, Moscow’s main concerns about possible eastward expansion of NATO have so far been dismissed as unacceptable.

More on the subject – Baerbock on the Ukraine crisis: “We are prepared to pay a high economic price for it”