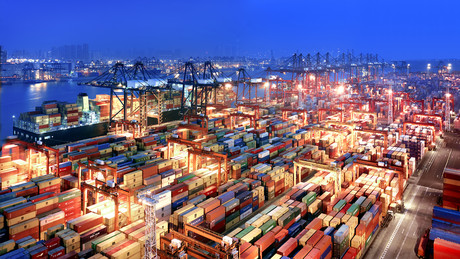 “It’s not that much for China, but it’s a very ambitious goal for Russia.”

He added that the task is entirely doable, noting that trade turnover between the two countries will reach an all-time high of $140 billion in 2021.

The leaders of both countries had previously set a goal of doubling trade volume from $100 billion reached in 2018 to $200 billion a year by 2024.

China has been the main buyer of raw materials and production goods from Russia since 2016. According to the Russian Export Center (REC), shipments of these goods have increased for seven years in a row and this trend will continue. Copper, aluminum, fertilizers, timber, oilseeds, paper and cardboard were among the categories of goods most imported by China from Russia, the REC said.