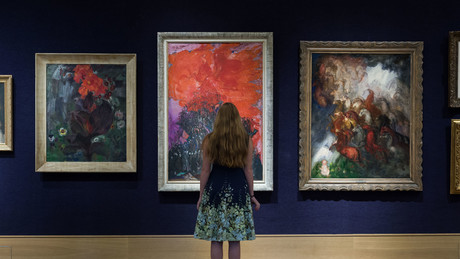 The burgeoning digital art market could be used for money laundering and terrorist financing. This is indicated by a new study by the US Treasury Department. The use of so-called non-fungible tokens would play a decisive role in this.

The Non-Fungible Token (NFT) market could become a platform for high-value art money laundering, according to a US Treasury Department study released on Friday. A press release from the ministry states:

“The emerging digital art market, such as the use of non-fungible tokens, may pose new risks depending on the structure and market incentives.”

In the 40-page study, the analysts hired by the ministry find that high-quality art is already being used to launder money, but is unlikely to be used to finance terrorism. Physical art is easy to transport – a number of artworks have already been used to disguise illegally obtained funds. At the same time, NFT and the broader digital art sector could be leveraged to facilitate further illicit transactions in the high-value art market, the study found. The authors of the document state:

“Recent sales of high-quality physical and digital artworks involving NFT, including NFT-authenticated works such as Beeple’s ‘Everydays: The First 5000 Days,’ which sold for more than $69 million at a Christie’s auction, are telling suggests that this nascent art sector has reached levels similar to traditional art media.”

Licensed auction houses and art dealers would increasingly offer NFT, referencing platforms such as Dapper Labs, OpenSea and SuperRare. However, if these platforms are classified and regulated as Virtual Asset Service Providers (VASP) by the Financial Action Task Force (FATF), they could be subject to existing anti-money laundering laws. However, according to the study, there are ways art-related digital transactions can bypass regulators.

“NFTs can be used for money laundering by criminals buying an NFT with illicit funds and then transacting with themselves to keep a record of the sales on the blockchain. The NFT could then be sold to an unknowing person who would trick the criminal with it clean funds unrelated to a previous crime.”

Also, so-called smart contracts, designed to automatically pay royalties to the content producer whenever an NFT is sold, could encourage transactions that circumvent regulations. At the same time, auction houses might not be able to keep up with all transactions or verify the buyer’s identity, the study warns.

While the study makes no specific recommendations to regulate the threat, it does suggest that the US Treasury Department should consider applying art market regulations to combat money laundering and terrorist financing, including customer identification and suspicious activity reporting regulations.

In the first quarter of 2021, the NFT market was worth $1.5 billion, compared to approximately $20 billion in the US physical art market in 2020.

More on the subject – Sign of the year 2022 made of dung: Sculptor wishes all the best in the new year with a sculpture made of dung