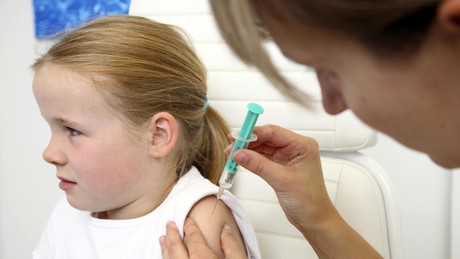 Almost all of Western Europe is offering COVID vaccinations to children aged 5 to 11. Sweden once again chooses a different path and does not believe in the benefit of vaccinating children. However, a high vaccination rate among the population aged 12 and over allows the corona restrictions to be lifted.

The BioNTech/Pfizer vaccine has been approved in the European Union for children between the ages of five and eleven since November. In Sweden, however, the medical benefits of vaccinating children under the age of 12 are considered to be low.

Per Brolin from the Swedish Pediatric Association draws a comparison with Norway: In Sweden, people don’t think it the same way as in the neighboring country. After all, there are no “vague offers to broader groups” without making a clear recommendation. The Norwegian recommendation is a bit too vague.

At a press conference on February 3, the Swedish health authority again emphasized that they no recommendation for the vaccination of the age group between 5 and 11 years. One does not believe that this will have an impact on the spread of the infection.

“We will continue to follow the topic. We are constantly assessing the state of knowledge and the development of the pandemic in Sweden and the rest of the world, and a new position will be taken on this topic before the autumn semester.”

The Swedish government is convinced that the Omikron variant brings with it a milder course of the disease and that the healthcare system can cope with the increasing number of infections thanks to a high vaccination rate. All restrictions will therefore be lifted from February 9th. If you feel ill, you no longer have to do a PCR test, instead you should just recover at home. The only exceptions are for healthcare workers.

“This is a virus that we have to live with, that will come back and infect many. But not specifically because the restrictions are lifted, but precisely because it is very contagious.”