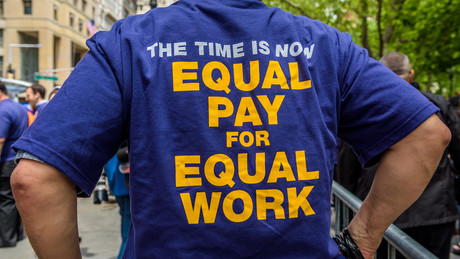 British unions have slammed Bank of England Governor Andrew Bailey after he ordered Brits to refrain from demands for higher wages for the time being. That should help fight high inflation, he said.

In an interview with the BBC last week, Bank of England governor Andrew Bailey claimed workers should exercise “moderation” in wage negotiations to combat the country’s highest inflation rate in 30 years. His comments came hours after the Bank of England hiked interest rates for the second time in three months.

When asked by the media company whether the regulator is telling workers not to ask for big pay rises, answered Bailey, whose annual salary was over £575,000 last year:

He explained that while this was “painful” for workers, some “moderation in wage increases” was needed to prevent inflation from entrenching. At the same time, however, Bailey admitted that the current cost-of-living crisis could last into 2024.

The country’s unions reacted with outrage to Bailey’s statements. The general secretary of the GMB, one of the UK’s largest unions, Gary Smith condemned the central bank governor’s words as a “sick joke”, adding:

“To tell the hard-working people who have gotten this country through the pandemic that they don’t deserve a pay rise is unheard of.”

A spokesman for Prime Minister Boris Johnson also dismissed Bailey’s calls for wage moderation, saying it was not for the government to “advise the strategic direction or management of private companies”.

Great Britain is currently struggling with skyrocketing living costs. Although inflation in December hit a 30-year high reached, wages and salaries are stagnating, which is putting a heavy strain on household finances. Economists fear rising energy bills will push inflation to more than 7 percent by April, a higher-than-expected rate.