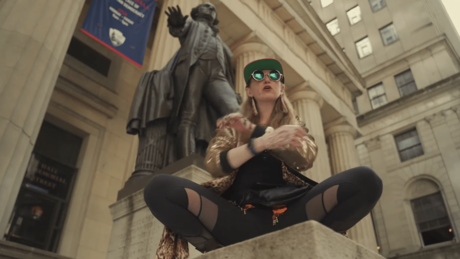 A couple have been arrested in New York on charges of money laundering and attempted fraud against the US government. The couple has been linked to a 2016 hack that stole billions of dollars worth of crypto tokens.

Ilya Lichtenstein and his wife Heather Morgan have been arrested in New York. Authorities accuse the couple of deceiving the government and authorities about stolen bitcoin in their possession, which they allegedly stowed away using sophisticated money-laundering techniques.

US prosecutors allege the couple redeemed Bitcoin and used it to purchase non-fungible tokens, gold and gift cards. The bitcoin in question is allegedly linked to the theft of an estimated $4.5 billion in a 2016 virtual currency exchange hack that resulted in thousands of fraudulent exchanges.

Authorities seized around $3.6 billion in connection with the hack. Overall, the fraud is said to have had a volume of around 4.5 billion US dollars in cryptocurrency at the time.

The pair reportedly laundered the proceeds of over 100,000 bitcoin, with some of the money going into the accounts of the two accounts.

Bitfinex, the company behind the hacked exchange, previously offered a reward of up to $400 million for information leading to the masterminds of the digital heist.

In a statement regarding the arrests, Assistant US Attorney General Lisa Monaco said cryptocurrencies do not provide a “safe haven” for criminal activity. She explained:

“In a vain attempt to maintain digital anonymity, the defendants laundered stolen funds through a maze of cryptocurrency transactions. Thanks to the meticulous work of investigators, the agency has once again shown that it can and will track the money, no matter the form. “

If convicted, the couple face up to 30 years in prison.

More on the subject – USA: central bank analyzes the future of the “digital US dollar”