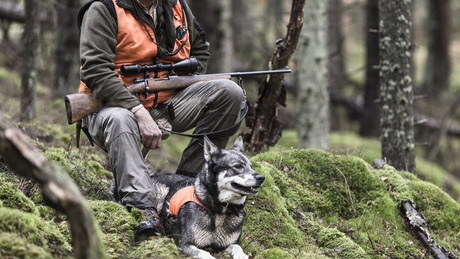 Against the background of a political dispute in the Swedish government, the EU Commission is taking Sweden to the European Court of Justice. In Stockholm, no agreement could be reached on the EU weapons directive. Until the requirements from Brussels are implemented, daily fines are threatened.

the Gun Policy of the European Union was revised five years ago. The trigger for this was the terrorist attacks in France in 2015. The requirements for licences, the acquisition, storage and marking of weapons have been tightened. In particular, this should increase control over fully and semi-automatic weapons with large magazines. According to this, fully automatic AK-47 weapons are strictly prohibited.

Because Sweden has still not bowed to this directive, the EU Commission is now taking the country to the European Court of Justice (ECJ). He could face a daily fine of around 5,000 euros. The final amount of the fine will be determined by the ECJ. In a statement, the Commission writes:

“Sweden has so far only informed the Commission that the directive has been partially transposed into national law.”

As early as November 2018, the EU Commission initiated infringement proceedings against Sweden.

However, the proposal was blocked by the opposition on the grounds that the draft was even more far-reaching than the EU regulation required. The EU Commission reacted by setting deadlines. But even these did not lead to a rethink in Stockholm. On Wednesday, she therefore decided to sue the Scandinavian country.

More on the subject – Accusation of abuse: EU blocks Corona aid for Hungary