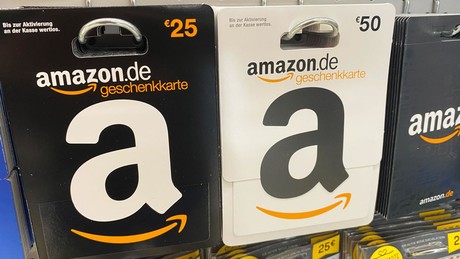 As the newspaper “WOZ” reports, the police in Essen have made a double lapse. First a special task force (SEK) stormed the wrong apartment – ​​then the person concerned should receive an Amazon voucher as “compensation”.

According to a report by WOZ, a special task force (SEK) stormed the apartment of an innocent citizen in Essen on January 25 last year. However, the SEK had made a mistake on the floor. As compensation, the head of the SEK offered the student concerned an Amazon voucher worth 50 euros. According to the lawyer for the person concerned, this behavior was “highly indecent”.

According to the WOZ, the SEK operation was triggered by a man who is said to have threatened a schoolgirl with a gun over the schoolyard fence on January 24th. The school is located near the affected home. The threatened girl is said to have confided in her parents, who immediately filed a complaint. On January 25, the SEK wanted to storm the apartment of the alleged 39-year-old perpetrator with a large contingent – but was wrong on the floor. The alleged perpetrator, known to the police, lives one floor below.

The officials are said to have broken open the apartment door and ignited a so-called “irritant body” with a loud bang. After the innocent man was pinned to the ground and tied up, the special task force is said to have quickly realized that it was the wrong person. The descriptions of what happened then differ, according to WOZ.

“Guns were held to my client’s temples, tear gas was also used, my client could not open his eyes for a long time after the operation.”

The police, in turn, claim that the student was not held a gun to his head and that tear gas was not used. According to the police, paramedics could not find any injuries to the 28-year-old. But oats said:

“He has now had to seek psychological treatment because he can no longer sleep, is very frightened and unable to work.”

According to the lawyer, the student no longer wants to appear in public. According to Hufer, he was mentally and physically under too much strain. And he added:

“According to comparable procedures, the compensation for pain and suffering could be in the five-digit range, that would be appropriate.”

Above all, what happened after the operation enraged the lawyer. The head of the commando is said to have visited the student and offered him an official letter of apology from the authorities, a written promise to pay for the costs of necessary repair work – and, as the WOZ further reports, a 50-euro voucher from Amazon. Police spokeswoman Sonja Kochem explained:

“He financed this voucher privately as a gesture of reparation.”

Hufer rated the process as “under all guns.” This behavior was “highly indecent,” according to the lawyer. As the WOZ continues to write, the actual suspect was caught on the same mission. However, he is now free again as no evidence was found in his apartment.

More on the subject – Terrorist attack on the Berlin Christmas market: police officer in court for passing on information