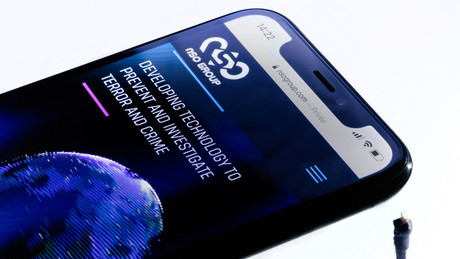 Israel used the notorious Pegasus spying program not only against Palestinians, but also against Israeli citizens for years without a court order. The country has also used Pegasus as a central pillar of its diplomatic efforts in the Middle East in recent years to normalize its relations with the ultra-conservative Gulf states.

In recent weeks, new details of a spectacular surveillance industry in Israel have become known. According to one NYTreport, Tel Aviv has been using Israeli company NSO’s Pegasus spy software as a central pillar of its diplomatic efforts in the Middle East in recent years to normalize relations with the ultra-conservative Gulf states.

Several Palestinian non-governmental organizations (NGOs) were investigated by the Süddeutsche Zeitung apparently spied out with the help of the controversial spy software. The groups monitored with NSO technology are the six organizations that Israel’s government declared “terrorist groups” in October 2021 despite international protests. In November 2021, the Palestinian Foreign Ministry in Ramallah also accused Israel of using Pegasus to spy on ministry employees and Palestinian human rights activists.

Now the affair has taken an unexpected turn because, according to the business newspaper, Pegasus Calcalist used not only against Palestinians and pro-Palestinian NGOs, but also against Israeli citizens. Police have illegally used NSO’s spyware program and possibly other similar programs to hack Israelis’ cellphones, both to obtain their private information and to tap other phones in the vicinity of the targets. However, the spying was carried out without a necessary court order.

The Israeli police are said to have not only monitored the mobile phones of journalists and business people, but also those of senior government officials and even those close to former Prime Minister Benjamin Netanyahu.

The police are said to have aimed to get as much information as possible, for example to be able to prevent “disruptions to public order” or to “locate” sources of leaked information. With it, the whole life of citizens – namely private secrets, general and personal information – was laid out before the eyes of the police. To this end, the police also spied up to the highest levels of the government apparatus.

Among those whose phones have been hacked by police are several people linked to the ongoing corruption trial against Netanyahu. This makes it clear that Netanyahu also used Pegasus illegally against his critics. Among other things, its son Avner and two close advisers close to Netanyahu were illegally spied on. The police have now rejected all allegations without presenting any counter-arguments. At the same time, she tried to downplay the importance of the incidents.

Pegasus as a means of foreign diplomacy had played an important role in the so-called Abraham Accords. Since 2018, the Israeli government is said to have persuaded NSO to sell its spying program to the United Arab Emirates, Bahrain, Oman and Saudi Arabia. Pegasus has been an important part of Israel’s efforts to normalize relations with the Gulf States.

The Saudis briefly lost access to the spyware after the assassination of Saudi journalist Jamal Khashoggi. The Crown Prince of Saudi Arabia, Mohammed bin Salman, asked then-Prime Minister Netanyahu to intervene in order to be able to use the software again. The NYT investigation revealed that Saudi Arabia, a known customer of Pegasus, was only reauthorized to use the spy software after Saudi Crown Prince bin Salman Netanyahu called.

Khashoggi, who was brutally murdered in the Saudi consulate in Istanbul in 2018, is not the only victim of Pegasus spying. His ex-wife was also spied on on her cell phone a few months before he was murdered with Pegasus. An analysis conducted by the University of Toronto research group Citizen Lab shows that a United Arab Emirates government agency attempted to install Israeli-made Pegasus spy software on its cell phone via a text message.

The Netanyahu government thus installed a domestic surveillance state to spy on Palestinians and Israelis through the Israeli surveillance industry in recent years, while using Pegasus as a powerful tool to normalize Israel’s relations with the ultra-conservative Gulf states abroad.