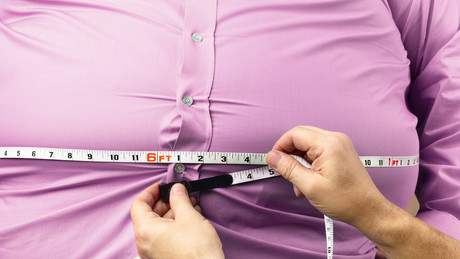 About 27 percent of men and 29 percent of women in the UK are affected by obesity. To counteract this trend, the British National Health Authority wants to offer weight loss injections to those affected.

The NHS, Britain’s national health authority, is concerned about the high number of obese people in the country and is planning to allow weight loss injections as a treatment option for those who are obese.

Studies have shown that the drug Wegovy is just as effective as the implantation of a gastric band. On average, the study participants who were injected with the drug lost over 15 kilograms. The result was five times better than that of the control group, which was treated with a placebo. Wegovy is designed to affect the way your body regulates your appetite so that you are less likely to overeat or only satisfy your appetite with snack meals. The injection is given once a week.

However, experts warn against assuming that the drug is a miracle vaccine against obesity. It is by no means possible to eat whatever you want without being exposed to the risk of gaining weight: people undergoing treatment are recommended to make significant changes in their eating habits and also increase their physical activity for a positive result.

Britain has one of the worst obesity rates in the world. In 2019, 27 percent of men and 29 percent of women were affected by the problem. Another 36 percent of citizens were classified as overweight. In addition, 21 percent of the children have already been diagnosed with obesity.

More on the subject – Fighting Diabetes: Disease can be predicted almost 20 years before onset