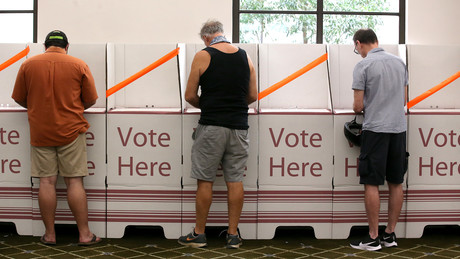 The Australian security service is said to have prevented large-scale interference in the forthcoming general election. According to the service’s report, it is a “rich string puller” who wanted to push through the right candidates for his interests.

In its annual report, the Australian Security and Information Service (ASIO) announced the unveiling of a large-scale plan to influence the upcoming May 2022 general election. The service suspects the involvement of foreign intelligence services, which wanted to get access to encrypted information, among other things.

A wealthy foreign “powerman,” as the client is called in the ASIO report, is said to have planned to spend large sums of money on election campaigns for the selected candidates and to finance positive media coverage of these politicians.

According to the security service, the “mastermind” hired a consultant in Australia to identify candidates who either supported the interests of a foreign government or appeared vulnerable to influence. The mastermind is said to have set up an offshore bank account to carry out the operation and reportedly wanted to invest hundreds of thousands of dollars in the plan. ASIO boss Mike Burgess explained:

“The goal was not only to put the candidates in positions of power, but also to create a sense of gratitude and obligation that could then be exploited.”

The selected candidates are said to have known nothing of this conspiracy. The ASIO did not name the state in whose interests the string puller acted.

Some experts believe that the report could be about China, citing the currently strained relations between Beijing and Canberra, with China having strong economic interests in the Pacific region. In September 2021, the USA, Australia and Great Britain also announced the formation of the AUKUS military alliance, which is characterized by a clear anti-Chinese character.