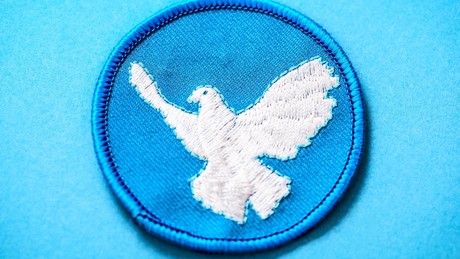 Various political forces have issued a joint call for a diplomatic solution to the Ukraine crisis. The appeal, signed by Left Party politicians Sahra Wagenknecht, Sevim Dağdelen, Gregor Gysi and Oskar Lafontaine, as well as peace activists Eugen Drewermann and Reiner Braun, rejects the “unilateral blame on Russia” by some Western governments. This is “increasingly taking on the character of war propaganda”.

The appeal makes it clear that Russia has no interest in going to war with Ukraine. Such a war would have catastrophic consequences for everyone involved. But even without a war, the situation in the region could escalate threateningly:

“Even without warlike intentions, given the tense situation, there is a risk that a provocation will spark off the powder keg.”

The legitimacy of Russia’s demands for legally binding security guarantees from NATO countries is underscored:

“It is in Moscow’s legitimate security interest that theEastward expansion of NATO, which has been moving ever closer to the Russian borders since 1999, is not extended to Ukraine. That would reduce Moscow’s warning time in the event of a nuclear missile attack to 5 minutes.”

In view of this dangerous situation, it is time to accept “the principle of undivided, common security” again:

“In the nuclear age, neither side can increase its security at the expense of the other. Security can only be achieved together. Lasting peace with Russia therefore requires a pan-European peace order.”

As a first step towards this goal, the call proposes the demilitarization of the Ukraine-Russia border and along the border between Russia and the military alliance NATO. In addition, the Minsk II agreement must be implemented:

“It provides for a ceasefire, dialogue between the conflicting parties and a special status for the regions of Donetsk and Lugansk within Ukraine. Minsk II also has binding international law status as a result of a unanimous UN Security Council decision. However, implementation is mainly blocked by Ukraine.”

Sanctions targeting Russia would not help settle the conflict:

“They are senselessly damaging both Russia and other European countries.”

It is necessary to push back aggressive nationalist and revanchist forces on all sides:

“The propaganda war, saber rattling, sanctions and rearmament must stop.”

Instead, de-escalation and diplomacy are indispensable.

More on the subject – The aggressor is always “the Russian”: the German government and its one-sided assessment of the Ukraine crisis