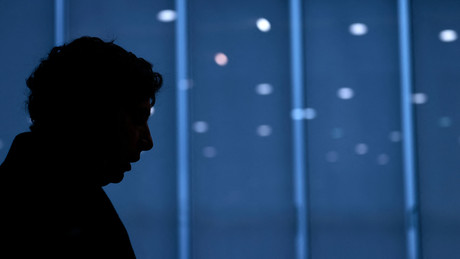 The Hamburg experimental physicist Roland Wiesendanger raises serious allegations against the prominent virologist Christian Drosten. This is part of a cover-up campaign to hide the artificial origin of the corona virus. Drosten denied. Now Wiesendanger is following suit.

What the Hamburg nanoscientist Prof. Dr. Roland Wiesendanger accuses the prominent virologist Christian Drosten of being explosive: the head of virology at the Berlin Charité, who has achieved unprecedented prominence since the beginning of the Corona crisis, helped to cover up the fact that SARS-CoV-2 was of artificial origin may be. Wiesendanger recently claimed no less in the Neue Zürcher Zeitung and in the Cicero.

At the beginning of 2021, Wiesendanger had already presented his own study on the subject, which did not allow any other conclusion than that the spread of the virus was due to human error, a laboratory accident in the virological institute in Wuhan, China. The background was nebulous gain-of-function experiments. In addition to Drosten and several other scientists, the chief medical adviser to the US President, Dr. Anthony Fauci, whose institute, contrary to his previous claims, actually funded the questionable virus research in Wuhan.

Drosten then co-signed a letter published in the specialist magazine The Lancet, in which the laboratory theory was shelved as a conspiracy theory, among other things, despite better knowledge or at least massive doubts. According to Wiesendanger, however, it was Drosten himself who took part in a conspiracy.

After the massive allegations by Leopoldina-Member Wiesendanger against the science circle and Drosten, the latter took a stand. According to his own statements, the virologist, who is known for radio and television, always wants to be “open to both possibilities” (zoonosis and artificial origin). “I just always said why I think a natural origin of the virus from the animal kingdom is more likely for verifiable reasons.”

He and his colleagues were not informed about the virus experiments in Wuhan. With his signature in The Lancet “put my hand in the fire for our colleagues from Wuhan”. Not addressed directly to Wiesendanger, Drosten spoke of otherwise “unqualified, sometimes outrageous allegations”. On Twitter, Drosten then described his critic as an “extreme character”.

Cicero offers an extreme character the stage and provokes personal attacks against me through suggestive questions. Answers are left in the area of ​​hints and evaluations, reliable factual claims are avoided. This isn’t an interview, it’s an incident. https://t.co/V0KZL9CkPZ

And now Wiesendanger got the world-Interview again against Drosten. The professor of experimental physics once again substantiated the thesis of a laboratory origin based on the gene sequence of the SARS-CoV-2 virus. Everything indicates that “coronaviruses have been adapted to human cell receptors here”. The built-in furin cleavage site allowed the virus to easily enter human cells. Also due to the publication of corresponding e-mails by Fauci, there is absolutely no longer any doubt “that a coordinated conspiracy took place, but in the opposite direction to what we have always been told so far”.

“There was a conspiracy that the laboratory theory should just be ruled out, ultimately to distract from the great dangers of the so-called gain-of-function research that was being conducted in Wuhan.”

The actual topic is not a dispute between scientists, but “about the greatest threat to mankind”. Wiesendanger locates this in the aforementioned experimental virus research. Ultimately, this allows much more deadly viruses such as “Ebola or Nipah viruses […] to make it airborne”.

Drosten, on the other hand, has spoken out against regulating gain-of-function research in the past. He did this, among other things, as a co-initiator of the “Scientists for Science” initiative, as Wiesendanger pointed out to Cicero. He tells the world:

“Mr. Drosten, on the other hand, was a long-standing representative of an initiative that opposed government regulations for this high-risk research.”

Due to the immense potential danger emanating from experimental virus research, everyone has a responsibility, the Hamburg physicist appeals to deal with the topic. This is independent of your own personal and professional background. It is a “question of humanity and its survival”.

The term gain-of-function research refers to modifying and increasing the transmissibility of animal viruses to better study their effects on humans. Whether the benefits outweigh the risks of this branch of research is highly controversial.

More on the subject – The carousel of lies of Dr. Fauci – US institute actually funded corona experiments in Wuhan