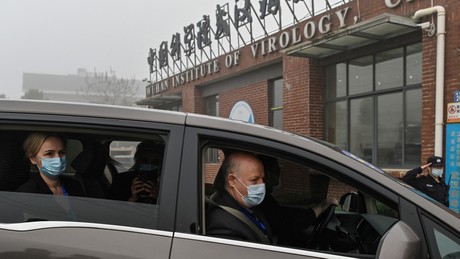 Hungarian scientists have found new evidence of a possible laboratory origin of the coronavirus. Soil samples from Antarctica analyzed by a Chinese biotechnology company in 2019 were contaminated with an early version of the SARS-CoV-2 pathogen.

In the last few days, the debate about a possible laboratory origin of the corona virus has picked up speed again. Most recently, the Hamburg physicist Roland Wiesendanger had explained in several interviews that, in his opinion, it was likely that SARS-CoV-2 came from the laboratory in Wuhan.

Now the laboratory thesis is getting new fodder through a chance discovery: Hungarian scientists had sent soil samples with soil from the Antarctic to a Chinese biotechnology company. As it turned out, however, the samples were apparently contaminated. The samples found an earlier version of SARS-CoV-2 that may have been grown in a lab.

Bioinformaticians Istvan Csabai from Eötvös Loránd University and Norbert Solymosi from the University of Veterinary Medicine in Budapest made the discovery coincidentally while examining the genetic data of soil samples collected in Antarctica in late 2018 and early 2019. In December 2019, the samples were sent to the company Sangon Biotech in Shanghai for sequencing, where they were apparently contaminated with a previously unknown variant of SARS-CoV-2. The variant has mutations that bridge the gap between bat coronaviruses and the earliest Wuhan strain, making it likely an antecedent version of the virus.

The samples also contained DNA from hamsters and monkeys, suggesting the early virus may have been grown in animal cell lines. In their publication, the researchers also point out that the species, the African green monkey and the Chinese hamster, are typical experimental animals in infectious disease research. It is also evident that both animal species do not occur in Antarctica.

The company Sangon Biotech is often used by Chinese scientists for sequencing, including the Institute of Virology in Wuhan, which is considered the most likely place for a possible laboratory leak. The work of the two researchers has not yet been subjected to a review process. However, bioinformatician Jesse Bloom from the Fred Hutchinson Cancer Research Center in Seattle re-evaluated the data from Hungary and confirmed that the samples contained the virus. According to this, the samples have three key mutations that bring bat coronaviruses closer to the first human Wuhan strain.

The closest natural relatives of COVID-19 have so far been found in bats. One such bat coronavirus, named RaTG13, has been found in several caves in southwest China’s Yunnan province, while several others, named Banal 20 to 52, have been found in Laos, which borders Yunnan. Samples from both areas were sent to the Virological Institute in Wuhan. As Bloom explains on Twitter, the virus with these three mutations is one of the two plausible ancestors for all currently known human SARS-CoV-2 viruses compared to Wuhan-Hu-1. However, the ultimate implications of the results are still unclear, according to Bloom.

In May 2021, a team of US evolutionary biologists published research on what an “ancestor” of COVID-19 should look like. One of the possibilities had the same three mutations found in the samples. However, the results should be interpreted with caution as it is not known when Sangon Biotech analyzed the samples. However, the timing is extremely important, according to Bloom, since China only registered the first cases on December 30 and 31 respectively. If the samples were later sequenced, they could also have been contaminated by the first COVID-19 patients.

“All we can say is that these samples at Sangon Biotech were contaminated with some early SARSCoV2 viruses, some of which appear to have originated from lab-grown samples.”

Without knowing the sequencing timeline more precisely than the current “December 2019 to early 2020,” all we can say is that these samples were contaminated at Sangon Biotech with some early #SARS-CoV-2 viruses, some of which appear to have been from lab-grown samples. (20/n)

When the Hungarian team first pointed out the anomalies in the sequencing data, the samples were immediately removed from the gene database in China. However, they have now been restored. Sagon Biotech has not yet commented on the Hungarian scientists’ findings.

More on the subject – Drosten admits: “Things were done in Wuhan that could be described as dangerous”