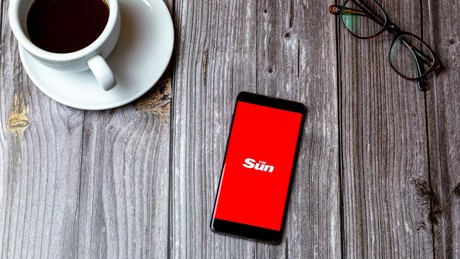 According to “US intelligence sources” quoted by British newspaper The Sun, Russia was due to invade Ukraine on February 16. What’s more, the tabloid even claimed to know the exact time: three in the morning.

In a report, the British tabloid The Sun refers to US intelligence sources and names the date and even the time for the “Russian invasion of Ukraine”. The article appeared at a time when parts of the Russian troops were returning to their garrisons. The Sun is more known for gossip about the alleged infidelities of show stars and now embarrassed itself with sheer war hysteria.

Just as German Chancellor Olaf Scholz and Russian President Vladimir Putin jointly declared on Tuesday that efforts to find a diplomatic solution to the crisis would continue, the tabloid was convinced:

“Russia is getting ready, on February 16 at one o’clock in the morning [drei Uhr Ortszeit] to invade Ukraine with a massive rocket attack and 200,000 troops.”

To back up this worldwide “scoop,” The Sun relied on what they believed to be “senior sources” within US intelligence. These apparently “very well-informed sources” even ventured the “most likely” time of the alleged attack on Vladimir Putin’s orders: “three in the morning.”

The Sun certainly did not miss the fact that the Russian Ministry of Defense announced that parts of the troops stationed on Russian territory on the border with Ukraine have begun to return to their garrisons.

The Kremlin spoke of a “usual process” that would end the military exercises as planned. But that wasn’t enough to shake the certainty of the tabloid, which quoted a US military source as saying:

“We cannot take everything Russia says or does at face value.”

Nevertheless, it is worth remembering that Moscow has repeatedly denied any intention to attack Ukraine, noting the complete lack of evidence for such a claim. According to the Russian ambassador to the United Nations, the allegations against Russia only serve to “create hysteria” and “deceive the international community”.

More on the subject – Live ticker on the Ukraine crisis