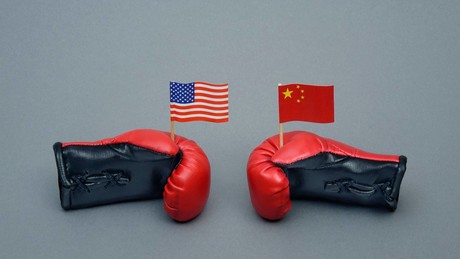 In the midst of the Ukraine confrontation between Russia and the NATO countries, China has also raised its own issue – Taiwan. Beijing accuses Washington of interfering in the internal affairs of the People’s Republic.

The US report exaggerates foreign threats. Washington tries to form exclusive cliques, but claims to promote regional freedom, openness, prosperity and security, which “devoid of any logic and reason”. This was stated by Tan Kefei, spokesman for the Chinese Defense Ministry, at a press conference.

Diversity and inclusion are the cornerstones of prosperity and development in the Asia-Pacific region, and people in Asia-Pacific look forward to an open and inclusive environment rather than a narrow and isolated one, Tan said.

China calls on the United States to embrace the current trend of peaceful development and win-win cooperation, and help make the Asia-Pacific region an engine of mutually beneficial cooperation, not a zero-sum arena do, he said.

China firmly opposes the negative content of the US report on Taiwan, which represents gross interference in China’s internal affairs and a violation of the one-China principle and fundamental norms of international relations, Tan said. He emphasized:

“The Taiwan issue affects China’s core interests and does not tolerate outside interference.”

As part of the One China Policy, China regards Taiwan as a Chinese province. This is also the prevailing view in international law. The USA also officially committed to this principle in the 1970s – as did the Taiwanese leadership in the early 1990s. However, there are differences regarding the precise interpretation of the one-China principle.

Taiwan had been part of China for centuries. After defeat in the Chinese Civil War, the Nationalists under Chiang Kai-shek withdrew to the island in 1949, where they claimed to continue the old “Republic of China” against the Communists on the mainland. However, the current Taiwanese ruling party, the DPP, believes that Taiwan has now become a state of its own.