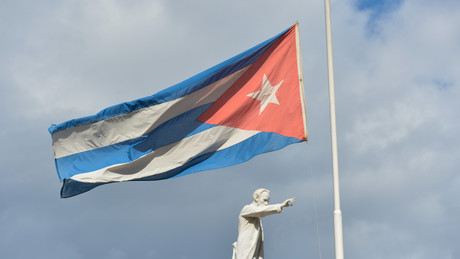 Cuba believes Russia’s fears about NATO’s eastward expansion are justified. The government in Havana blames the USA and NATO for developments in Ukraine. At the same time, Cuba advocates a diplomatic solution to the crisis.

The Cuban government issued a statement on the situation in Ukraine on Saturday. Included condemned Havana the role of the USA and NATO in the developing situation in Europe. The relevant statement said:

“US aspirations for progressive NATO expansion to the borders of the Russian Federation resulted in a scenario with unpredictable repercussions that was avoidable.”

Cuba stated that it is impossible to accurately and honestly analyze the current situation in Ukraine without considering Russia’s legitimate demands on the US and NATO. The country called for consideration of the factors that led to the use of force and the violation of principles of international law.

Cuba called it a mistake to ignore Moscow’s security demands and believe that Russia “would remain defenseless in the face of a direct threat to its national security.” It is impossible to achieve peace while encircling other states:

“Russia has the right to defend itself.”

The Cuban government accused the United States of using double standards. She referred to the 1999 Yugoslav war with many fatalities, in which the US and NATO attacked and dismembered this European country to achieve their geopolitical goals.

“The US and some allies have repeatedly used force, invading sovereign states to effect regime change and interfering in the internal affairs of other nations that do not submit to US dominance interests and are defending their own independence and territorial integrity. “

History will hold the US government accountable for the consequences of an offensive military doctrine outside NATO borders that threatens world peace, security and stability, it said. Cuba has expressed its concern over NATO’s decision to activate its commitment plans for the first time in history.

At the same time, Cuba pleaded for a diplomatic solution to the crisis. We deeply regret the civilian deaths in Ukraine. Referring to the draft resolution that Russia blocked in the UN Security Council on Friday, Cuba stated that this document made no real contribution to the search for possible solutions to the crisis. The paper was unbalanced and failed to address the legitimate concerns of all parties involved. At the same time, the draft resolution disregarded the responsibility of those whose aggressive actions enabled the conflict to escalate.