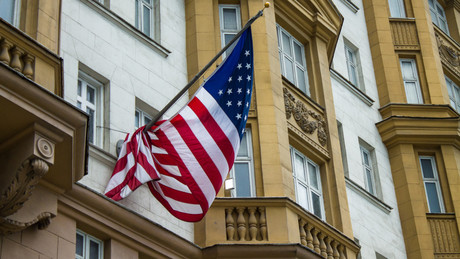 The United States Embassy in Russia is urging all US citizens to leave the country as soon as possible. They should also draw up an emergency plan “that does not depend on the help of the US government”.

in one safety notice On Sunday, the US Embassy in Moscow pointed out that “an increasing number of airlines are canceling their flights to and from Russia and numerous countries have closed their airspace to Russian airlines” in response to the Russian operation in Ukraine.

Against this background, the diplomatic mission advised all US citizens to “consider an immediate exit from Russia via the commercial options that are still available.” She also noted that the US State Department’s current travel advisory for Russia is “Level 4: Do Not Travel.”

In it, the Americans devicesnot to travel to Russia “due to ongoing tensions along the border with Ukraine, the risk of assaults against US citizens, the embassy’s limited ability to assist US citizens in Russia, COVID-19 and related travel restrictions, terrorism , harassment by Russian security officials and the arbitrary enforcement of local laws”. The message highlighted:

“Review your personal security plans. Carry proper identification, including a US passport with a valid visa for Russia.”

More than a dozen European countries have already banned aircraft operated by Russian airlines from their airspace this week. The EU announced that it would try to persuade all European countries to close their airspace to Russian airlines. Moscow responded with retaliatory measures of its own, saying it was working to evacuate stranded Russians from Europe, while Russia’s leading airline Aeroflot canceled all upcoming flights to Europe on Sunday.

While the United States has not yet banned flights by Russian airlines, it has imposed sanctions on Russia and joined the EU and several Western countries in calling for Russia to be excluded from the SWIFT system.

More on the subject – EU blocks Russian banks from SWIFT