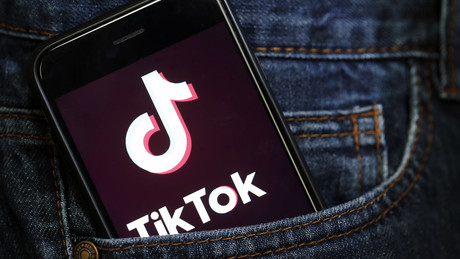 After Microsoft and Meta, TikTok is also drawing consequences. According to media reports, the video app has restricted access to Russia’s state media RT and Sputnik in the European Union. A spokesman for the company confirmed the move.

Bobby Allen, an NPR reporter, tweeted Tuesday, citing a company spokesman, that TikTok has already blocked the pages of some Russian media outlets in the European Union.

New: TikTok spokesperson confirms to NPR that media accounts backed by the Russian government, including RT and Sputnik, are now geo-blocked throughout the EU following the European Commission’s action against state-backed media channels.

Meta Platforms and Microsoft had previously announced that they would take action against RT and Sputnik. Microsoft decided to remove RT’s apps from the App Store and not to display RT and Sputnik content on the Microsoft Start newsfeed and on the msn.com portal. Facebook also announced that it would restrict access to RT and Sputnik content in the EU. A statement from Facebook’s parent company Meta said the group had received requests from several governments and the European Union to “take further steps in relation to the state-controlled Russian media”.

On Tuesday morning, the video platform YouTube announced that the RT and Sputnik channels will be blocked across Europe with immediate effect. However, it will take a while before the measures are technically implemented. The RT DE YouTube channel was removed from YouTube last year.

Last Sunday, EU Commission President Ursula von der Leyen announced a complete ban on RT and Sputnik in the EU. It is still unclear how this measure will be implemented technically and when it will come into force. The ban is also said to affect the subsidiaries of RT and Sputnik.