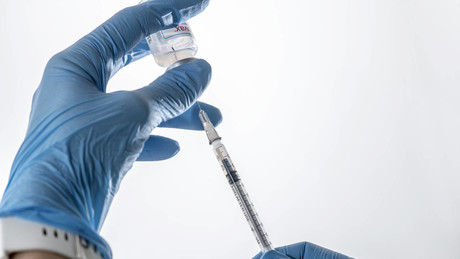 German media, politicians and institutions are outdoing each other with moral evaluations these days. The war in Ukraine has once again taken the hubris known from the Corona crisis to the extreme. However, there is a lack of analysis and background information. Heads “roll”: World-famous artists, framed as “Putin friends”, lose their jobs, Russian media are banned. The Corona situation is similar: The health insurance company BKK ProVita fired its board member Andreas Schöfbeck without notice. His “crime”: He wanted to have billing data on vaccination side effects checked. This is obviously not desirable.

Without examination: thrown out after more than 20 years

For more than 20 years, Schöfbeck was CEO of BKK ProVita, which is part of the company health insurance company BKK. He had noticed that more and more members with suspected vaccination side effects had gone to medical treatment. That worried him, he said in an interview with the author. So Schöfbeck called in a computer scientist and data analyst to get an overview of all the billing data from all health insurance funds belonging to the BKK. In total, they have almost eleven million members.

The outpatient doctors had billed their cases with the ICD codes T88.1, T88.0 or Y59.9 for general vaccination side effects, later increasingly with the code U12.9, which the WHO – rather quietly – on April 1st specifically for issues related to the administration of COVID-19 vaccines.

Schöfbeck said that after this analysis he had to act in the interests of his patients. In his letter to the Paul Ehrlich Institute (PEI), which is responsible for vaccine monitoring, he spoke of a “significant alarm signal that urgently needs to be followed up. Because extrapolated to the total population and the whole of the past year, this could mean that up to three million people were treated medically because of diagnosed vaccination consequences. The PEI, on the other hand, “only” records around 244,500 reports of side effects, including almost 30,000 serious ones.

After the world first reported on it and several other newspapers, including the Nordkurier and the Berliner Zeitung, also took up the topic shortly thereafter, the PEI reacted. It wants to review and evaluate the data. On Tuesday, it also wanted to exchange ideas with Schöfbeck and other experts. But ex-board member Schöfbeck had already lost his post at that point. His previous deputy and new CEO of BKK ProVita, Walter Redl, should now take over the part. About that informed the till itself. But she didn’t mention the reason.

Did the board of directors of BKK ProVita react to the media shit storm by throwing Schöfbeck out? The actions of the media are very well documented. After the world, then the Berliner Zeitung, the Nordkurier and some private blogs had reported on the BKK numbers, there was a brief silence in the forest. Then the shit storm broke out: The Virchowbund, a medical association, denounced the health insurance company as a “Schwurbel-BKK”.

His largely only argument: it was probably normal vaccination reactions that had not been checked. The association did not provide any evidence for its assumption. One contented oneself with conjectures. Numerous media, however, accepted this undifferentiated criticism. The mirror doubted even the competence of this health insurance company and advised against asking them.

The public broadcasters generally held back on this topic. Only the Bayrischer Rundfunk (BR) hit the notch of the Virchowbund – with one contribution, which he rewrote after Schöfbeck’s dismissal. The former title was still “BKK disseminates misleading figures on vaccination side effects”.

The BR cited the same problematic justification for its assertion: if doctors bill their treatment cases with ICD codes that expressly stand for side effects and not just ‘normal’ vaccine reactions, this does not mean that there are actually real side effects. It is possible that in the majority of cases only short-term certificates of incapacity for work were issued because “the patient did not feel fit for a day or longer because of known vaccination reactions, such as tiredness”. The source of BR: A ​​Twitter post by family doctor and internist Christian Kröner. You will look in vain for technical evidence here – as well as: The matter has not been investigated so far.

Another assertion by the public broadcaster BR is also worthy of fact checking: The PEI does not collect any vaccination reactions at all “that are already known from the approval studies and are listed in the package inserts and information sheets of the vaccines. Apart from the fact that one does not know how many of these 216,000 BKK patients actually “only” had normal vaccination reactions: That’s simply not true. The PEI is also responsible for recording “normal” vaccination reactions, just to know whether it’s just one in a thousand or one in ten The vaccinated suffers from headaches that last for days, and to stay with the headache example: it can have very different causes.

“Should we do the study ourselves first?”

The missing examination is exactly the crux: “It was not at all a matter for us to check what exactly the patients had for diseases, but to provide the data in order to then have them checked,” explains the computer scientist who compiled the numbers evaluated, in conversation with the author. Not for nothing did Schöfbeck speak of an alarm signal.

“Should we have had a finished study done first – and who should we have commissioned with it?” he asks rhetorically, emphasizing again: “We just wanted to create a reliable data basis for an analysis.” Only a comprehensive examination can clarify whether the vaccine reactions are actually harmless. “You can’t just say something like that without there being any evidence,” he criticizes, agreeing with Schöfbeck: It’s better to take a closer look once too often than to ignore alarm signals – especially in the case of a treatment that is used on a large scale and which will be mandatory for employees in the healthcare sector from mid-March. “Anything else would be negligent,” says the computer scientist.

With the official doubts about vaccination side effects, it is likely to become even more difficult in view of a further data analysis: The Institute for the Hospital Remuneration System (InEK) records the exact billing data of all patients every year. These are on one for everyone public browser viewable and evaluable.

According to this, the number of hospital cases billed with one of the codes for vaccination side effects has increased by around 19 times compared to 2020, and that of the corresponding intensive care treatments by more than 13 times. Overall, this corresponds to an increase of around 24,000 cases, around 2,500 more cases for intensive care patients than in the previous year. According to this, almost 16,000 patients even received diagnoses with the code U12.9, which describes damage after corona vaccinations and has only been valid since April 2021.

Many main diagnoses fit exactly into the spectrum of undesirable side effects that are already known but officially declared as “very rare”: headaches, circulatory collapse, myocardial and pericarditis, embolism and various types of heart problems. The difference to the health insurance data for outpatient treatment cases: The patients were so seriously ill that they were treated in a clinic.

In addition, even without analysis, it can be assumed that severe side effects after corona vaccinations are underreported. The reason is the passive reporting system. It is known from the past that many doctors do not report drug side effects due to lack of time or lack of knowledge. Previous studies assume that only one to ten percent of actual side effects are reported.

In order to shed light on this, representative cohort studies would be necessary. That means: A group of vaccinated people, which is representative of the total population in terms of their age and state of health, would have to be closely observed and examined after their vaccination. The author is not aware of any such studies.

Reprisals are also a political threat

What remains is the political dimension of being thrown out without notice. Schöfbeck is not the first to be subjected to reprisals for a different view of Corona issues. Doctors who issue certificates for exemptions from vaccinations and the obligation to wear masks must fear being prosecuted. Judges can expect the same consequences if they make politically unwelcome judgments. All of this has already happened. Even a differentiated view of the Ukraine crisis can now have existential consequences. And maybe soon the work for Russian media declared “enemy stations”.

These are all political signals, and even more: threats. The message behind it: It is not enough if you do your work peacefully. You must not rebel, contradict the political narrative, or torpedo it with facts. Beware of contact debt. Pull yourself together and be silent, otherwise you’ll get the collar. Of course, this is not regulated by law. But this seems to be playing more and more of a subordinate role anyway – in Germany.

More on the subject – “Alarm signal” from the health insurance companies: Considerably more cases of vaccination side effects than officially reported