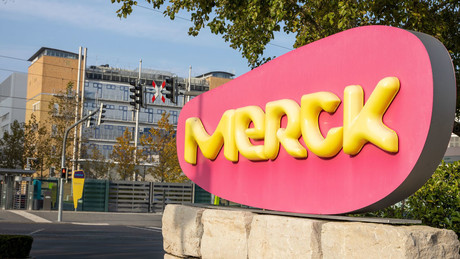 Strong sales growth due to the cooperation with vaccine developers and manufacturers as well as the electronics business with semiconductor materials brought the Merck company record sales – with an increase of a good 12 percent to almost 19.7 billion euros.

Due to outstanding results in the business of the laboratory division belonging to the company with vaccine developers and manufacturers, according to company information on Tuesday, sales and profit batches of the company listed on the German stock index grew more strongly than ever before. Another aspect of the success comes from the company’s own pharmaceutical division and the electronics business with semiconductor materials. the Company credit states that Merck is a leading science and technology company that is represented in Germany “with all three areas of healthcare, life science and electronics”.

Based on the announcements on Tuesday, “profits have increased by more than half to almost 3.1 billion euros”. Sales grew last year “by a good 12 percent to almost 19.7 billion euros”, which means that the “earnings before interest, taxes, depreciation and amortization adjusted for special effects” rose by a good 17 percent to 6.1 billion euros. Belén Garijo, CEO of Merck KGaA, shared with:

“Despite a challenging environment, we have remained a reliable partner for patients, scientists and our customers – and were thus able to achieve record results. In the 2021 financial year, we grew in all divisions and regions. The business of our Big 3 developed particularly well successfully implemented our strategic agenda, strengthening our position as the preferred supplier and solution provider in the area of ​​conventional and new modalities, especially in the Life Science business sector.”

The group, with around 17,624 employees in production and a total of 58,096 employees, supplied various international corona vaccine developers during the corona crisis. Merck is working works with over 80 vaccine companies worldwide and is a supplier of lipids for the COVID-19 vaccine from BioNTech and Pfizer. In the “booming laboratory division with products and services for drug production and research” according to Finanzen.net, sales increased by more than a fifth, according to information from the company. In connection with the pandemic, sales of around 1.15 billion euros have come together in the past two years. According to Merck’s ideas, this year it should be around 900 million euros.

garijo quit According to Finanzen.net, the goal is to generate sales of 25 billion euros by 2025. Referring to the recent political events, Garijo is quoted as saying that the war in Ukraine will have “no material impact” on Merck’s business and forecast. This assumption stems from the fact that Merck only makes about “one percent of total sales” in Russia and Ukraine. The company has neither its own production sites nor employees in Ukraine. In Russia, Merck has 400 employees and would be mainly active in the pharmaceuticals business.

According to the company, Merck benefited from a rapidly growing business with semiconductors in “specialty chemicals”, into which the group had entered with the takeover of the US supplier Versum, according to Finanzen.net. Semiconductors are in great demand worldwide, especially in the automotive industry. Semiconductors are the main component of microchips that regulate drive and driving or braking behavior in control units, for example. But they also control airbags and assistance systems.

According to Wirtschaftswoche, the group was able to grow in the pharmaceutical business, especially in its cancer drugs and fertility treatments, for which it is the world market leader.

More on the subject – Facts undesirable: Those who contradict official doctrine fly