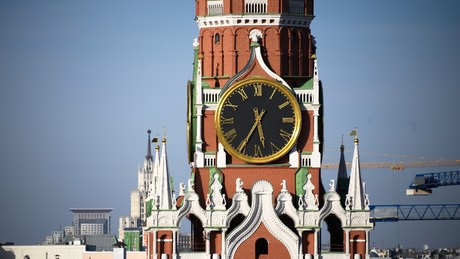 In an interview, Kremlin spokesman Dmitry Peskov explained the goals of the Russian military action in Ukraine. According to Peskov, Moscow has no intention of dividing Ukraine. Rather, the aim is to establish a safety balance.

In an interview with the Sky News Arabia television channel on Friday, the Russian leader’s press secretary, Dmitry Peskov, explained the objectives of the Russian special military operation in Ukraine. The Kremlin spokesman particularly emphasized the denazification of the neighboring Russian state. Peskov said:

“After the 2014 coup, Ukraine was subjected to the influence of Nazi ideology. We want to rid them of this ideology.”

In addition, NATO military infrastructure has been strengthened in Ukraine, which Russia sees as a direct threat to its security, the Kremlin spokesman continued. According to Peskov, Moscow is trying to change the security balance in Europe and persuade NATO member states to end their arms sales to Ukraine. The division of Ukrainian territory is not one of the goals of the Russian military command, he said:

“It’s not our goal to divide up Ukrainian territory, but we want to get guarantees for our own security.”

At the same time, Peskov reminded that by recognizing the independence of the Donetsk (DPR) and Luhansk (LPR) People’s Republics and establishing diplomatic relations with the two republics last month, Russia made commitments to them, including in the area of ​​security. According to the Kremlin spokesman, the Russian military operation is also aimed at the demilitarization of Kiev.

Ahead of the third round of talks with representatives of Ukraine, Peskov expressed hope that Kyiv would listen to Moscow’s position. He also described this as one of the conditions for ending the special military operation in Ukraine.

More on the subject – Kremlin spokesman Dmitry Peskov on sanctions: “This does not mean that Russia is isolated”