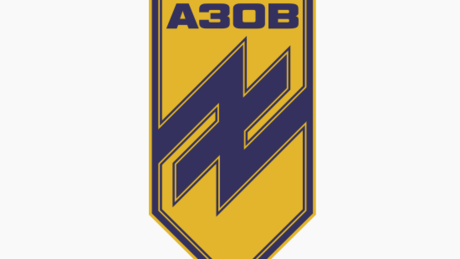 In some countries, the online retailer Amazon offers products bearing the logo of the Ukrainian neo-Nazi Azov regiment. Amazon users in France are shocked. Amazon declined to comment when asked by a French broadcaster.

If you enter “Azov” in the search field on Amazon.fr or on Amazon.com, you will quickly end up with products with the logo of the neo-Nazi Azov regiment from Ukraine. The products include t-shirts and mugs.

The logo of the Azov Regiment is a direct reference to the logo of the 2nd SS Division “Das Reich”, which was responsible, among other things, for the Oradour massacre of June 10, 1944. Almost all residents of the French village of Oradour-sur-Glane were murdered. There were only 36 survivors. The village was completely destroyed. With 642 victims, the Oradour-sur-Glane massacre was one of the largest in terms of numbers in Western Europe, along with the Marzabotto massacre in Italy and the Distomo massacre in Greece, which took place on the same day. The SS Division “Das Reich” also committed numerous war crimes in the Balkans and the former Soviet Union.

Formerly known as the Azov Battalion, the Azov Regiment is a unit of neo-Nazi-related Ukrainian volunteers integrated into the National Guard. Commanded by Ukraine’s Interior Ministry, it was established in 2014 to fight rebels in eastern Ukraine who refused to recognize the authorities that emerged from the Maidan coup. He is accused of numerous human rights violations. It is also one of the extremist movements mentioned by Vladimir Putin when he claimed that Ukraine must be “denazified”.

French Amazon users were stunned when they came across products with the Azov regiment logo on the online retailer’s website. While one customer spoke ironically of the “difficult choice” between “Azov battalion or swastika”, another customer was openly shocked:

“How is it possible to sell Nazi patches in 2022? Money may not stink, but selling something like this! What’s the next article? Mini Crematorium Ovens?”

When asked by French news channel BFMTV, Amazon declined to comment on the marketing of these products. A quick search on Amazon’s German website yielded no results with the Azov Regiment logo.

More on the subject – Live ticker on the Ukraine war: Kherson region under the control of the Russian military