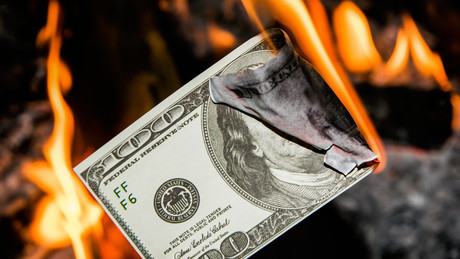 With US sanctions following the Russian military intervention in Ukraine, many countries are concerned about the US dollar’s continued existence as the world reserve currency. Now China and Saudi Arabia could deal a huge blow to the dollar.

According to a new report According to the Wall Street Journal, Saudi Arabia is in active talks with Beijing to price its oil sales to China in Chinese renminbi (yuan). The move would break the US dollar’s dominance in the global oil market and signal another shift towards Asia by the world’s largest crude oil exporter.

The news comes at a time when a $10 billion refinery and chemical complex owned by Saudi Aramco, the world’s largest oil producer, is being put together in northeast China obtain. Saudi Arabia’s turn to China is partly a natural progression, as China is the largest consumer of Saudi crude oil and growing. However, Wall Street Journal sources say talks with China over oil prices in yuan have accelerated over the past year.

The sources point to the kingdom’s dissatisfaction with Washington’s attempts to strike a deal with Iran, Washington’s lack of support for intervention in Yemen’s civil war and the US’ hasty withdrawal from Afghanistan. According to the report, the Saudis are also “increasingly dissatisfied with decades of US security commitments to defending the kingdom.”

Western sanctions against Russia have shown countries not on good terms with the US how the dollar can be used as a weapon. This also appears to have reignited talks between Saudi Arabia and China over pricing oil in yuan.

One of the cornerstones of the past 45 years, and an anchor that supported the US dollar’s reserve status, was a global financial system based on the so-called petrodollar: oil producers sold their products to both the US and the rest of the world for US dollars, which they then converted into dollar-based assets and invested in dollar-based markets. This was done explicitly to support the dollar as the world reserve currency and thereby secure the position of the USA as the undisputed financial superpower.