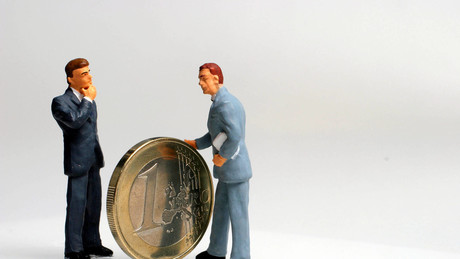 Unexpectedly positive news for pensioners in Germany: This year, starting in July, their payments are expected to increase more than they have in decades. The reason for this is the wage increases of the last year. It is questionable whether it will be enough to compensate for inflation.

As the dpa reported with reference to the portal The Pioneer, the salaries of the approximately 21 million pensioners in Germany are expected to increase as of July 1st as they have not been for many years. Pensions are to be increased by 5.35 percent in western Germany and by 6.12 percent in eastern Germany. The Federal Ministry of Labor provided information on this on Tuesday in Berlin.

The timely pension adjustment is therefore significantly higher than previously promised. At the end of November, Federal Labor Minister Hubertus Heil (SPD) had targeted an increase of 4.4 percent. The reason for the adjustment is the supposedly positive wage development in Germany.

In a sample calculation for a monthly pension of 1,000 euros, which is only based on payments in the west, the amount paid out is to increase by 53.50 euros from July. In the eastern federal states, there is an increase of 61.20 euros for an equally high pension with eastern contributions.

The reintroduction of the so-called catch-up factor announced by the coalition has already been taken into account in the calculation. This planned change in calculation reduces the pension increase; otherwise it would be higher. The background is that despite a slump in income due to the Corona crisis, there was no pension cut last year, but a pension guarantee still ensured a zero round. This should be compensated for with the catch-up factor mentioned, which is still to be introduced by law.

Pensions in the Corona crisis

Even before the zero round last year, pensions had risen – but significantly less than predicted. In 2020 there had been a pension increase of 3.45 percent in the west and 4.20 percent in the east. In 2019, salaries in western Germany were increased by 3.18 percent and in eastern Germany by 3.91 percent. In 2018 it was 3.22 percent (West) and 3.37 percent (East). A higher pension increase in the West, as is now being announced for this year, was last seen in 1983, when it was 5.59 percent.

The now planned increase results from data from the Federal Statistical Office and the German Pension Insurance, as the ministry further announced. This results in an increase in the so-called central pension value in the west from currently 34.19 to 36.02 euros and the pension value (east) from currently 33.47 to 35.52 euros. The pension value specifies in euros how much a payment point is worth in the pension insurance; such a point – calculated with a complicated formula – is decisive for the amount of the pension.

Labor Minister Heil praised the pension increase: “I am pleased that we can announce a significant pension adjustment today.” This is good news for the people who have kept the shop running for years through their work.

“Especially in view of the current challenges – be it rising prices or the international crisis – it is important to see that our pension system is working,” said Heil. The development of pensions should not be decoupled from the development of wages. The pension adjustment is determined in an ordinance.

The German Trade Union Confederation (DGB) criticized that the increase due to the so-called catch-up factor should be lower. DGB board member Anja Piel said: “Further price increases are imminent, especially in energy costs.” The DGB does not yet know exactly what the federal government has calculated in the complex formulas. She promised the unions would “fend off any attack aimed at further decoupling pensions from wages”.

On the other hand, Union faction leader Sepp Müller (CDU) pointed out that the increase in East German pensions under the current inflation rate of 5.1 percent would melt like butter in the sun. “The federal government has a duty to relieve the citizens of their living costs considerably,” said Müller of the dpa. That applies to the fuel and energy costs and for further increases in the cost of living.

In addition, it is expected that the federal government will soon present plans to improve the situation for people who are no longer able to work due to illness. People with disability pensions should be better off, according to coalition circles.

The wage development recorded by the Federal Statistical Office is decisive for the pension calculation. According to the ministry, the wage increase relevant to the adjustment is 5.8 percent in the old federal states and around 5.3 percent in the new federal states. Accordingly, the specific salary development of the insured is also taken into account. “This has a clearly positive effect this year, because short-time work is also covered,” says the labor department. Because of the Corona crisis, the number of employees on short-time work had risen sharply; the state had eased the entry rules.

The pension level is said to be 48.14 percent after the calculated pension adjustment.

More on the subject – Oskar Lafontaine resigns from the Left Party