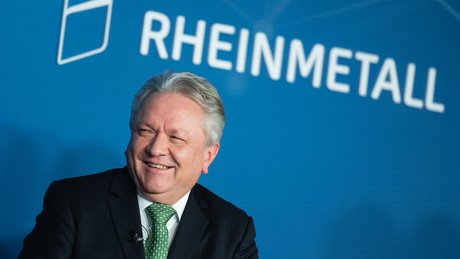 According to a report by Der Spiegel, the list of weapons delivered to Ukraine is significantly longer than is publicly known. So far the government has been silent on the matter. The German armaments industry, on the other hand, faces bright times.

What exactly is the federal government delivering to Kyiv? According to a report by Der Spiegel, the traffic light coalition has delivered significantly more arms and armaments to Ukraine in the past few weeks than before was known.

According to a confidential report from the Ministry of Economics by Robert Habeck (Greens), the Ukrainian army received armaments worth 37.3 million euros by March 7th. With 31.3 million, the majority of the deliveries in the list given were classified as “war weapons”. In addition, there are “other armaments” worth 5.8 million euros.

In addition to the previously publicly known 1,000 rocket-propelled grenades and 500 Stinger rockets, other weapons were brought to Ukraine. These include 14 armored SUVs, 1,300 protective vests with 2,600 Kevlar plates, 16 night vision goggles and other communication devices. 23,000 helmets have already been delivered to the Ukrainian army for around two million euros.

But the list has been getting longer and longer since the beginning of March: In the past few days, it turned out that the Bundeswehr had also handed over 500 Strela anti-aircraft missiles to Ukraine from its stocks. According to information from government circles, additional deliveries from GDR stocks are already on their way.

It has been clear since Wednesday that Defense Minister Christine Lambrecht (SPD) has requested an additional delivery of 2,000 rocket-propelled grenades from the Federal Security Council.

The approval process for arms deliveries to Ukraine has meanwhile become less bureaucratic and can be approved more quickly through so-called circulation processes.

The government is silent to the media and the public. In this way, one does not want to endanger arms transports to the crisis areas. Allegedly, further arms deliveries to Ukraine are also being prepared.

In addition, armor-piercing weapons and easy-to-use air defense systems are to be delivered to the east from the Bundeswehr pool. Experts reported that handing out handgun ammunition to strengthen the Ukrainian army in its fight against Russian units would be of great benefit – as would small drones and modern night vision devices.

According to its own information, Spiegel also has information about direct negotiations between Ukraine and German armaments manufacturers about arms deliveries. That doesn’t seem to be a problem for the federal government.

More on the subject – Big beneficiaries of the Ukraine war: the armaments industry