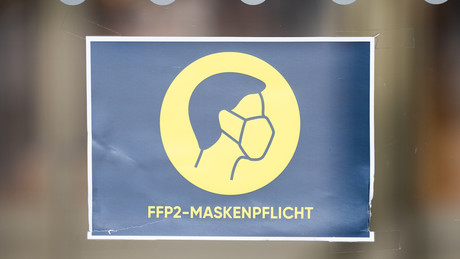 No hotspot, but easing: In Berlin, almost all corona measures will be canceled on Friday. Then, for example, the mask requirement in retail will no longer apply. Health Senator Gote sees this critically. It was the wrong time to end the Corona rules.

Berlin currently has “neither an exorbitant burden on the hospital infrastructure nor an extremely high pathogenicity”, explained Berlin’s Governing Mayor Franziska Giffey (SPD) told rbb on Monday, announcing that the corona restrictions would expire after April 1 in the capital. On Tuesday, the Senate decided to take this step.

From next Friday, the mask will only be mandatory in buses and trains, medical practices, hospitals and other care facilities. In hospitals, prisons or homes for asylum seekers, there is also a mandatory test, just like in nursing homes.

In schools, the obligation to wear mouth and nose protection will no longer apply on April 1, but compulsory testing – three times a week – will remain. The rapid tests should also continue to be used regularly in the day-care centers.

The nationwide quarantine measures in the event of a proven corona infection remain in force. The obligation to isolate remains for contact persons as well.

Health Senator Ulrike Gote had previously spoken out against the expiry of numerous corona rules. Compared to the Tagesspiegel, the Green politician had explainedthat from their point of view it was a “wrong time to end the measures”. According to Gote, Berlin, together with other countries, had asked for an extension until the end of April in the conference of health ministers, but had failed.

A few days ago, Federal Health Minister Karl Lauterbach (SPD) appealed to the large supermarket, discounter and drugstore chains to make use of their domiciliary rights and to maintain the mask requirement in their shops after April 1st. Aldi Nord and Lidl shared told RTL/ntv, for example, that the developments in the individual federal states were to be observed and the required measures implemented in the event of a corresponding regulation”. According to a report in the Bild newspaper, the textile discounter KiK still wants the mask Craving.

More on the subject – Two years of pandemic management: How politicians produced the “clinic overload” themselves