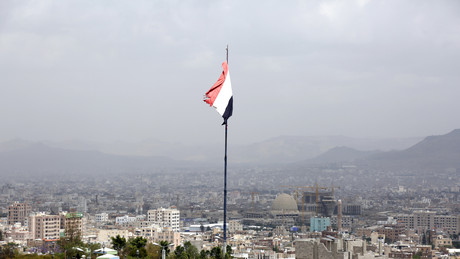 Riyadh and the Houthi rebels have agreed on a ceasefire. This was announced by a spokesman for the Riyadh-led coalition. The aim now is to create favorable conditions for consultations and a peaceful environment for the holy month of Ramadan.

Saudi Arabia has announced a cessation of all military operations in Yemen in a bid to achieve a lasting solution to the conflict in the neighboring country. This was announced by the spokesman for the Riyadh-led coalition, Brigadier General Turki Al-Maliki, on Tuesday evening. He explained:

He noted that this is at the request of Nayef Al-Hajraf, Secretary-General of the Gulf Cooperation Council, “with the aim of creating favorable conditions for successful consultations and a favorable environment for the holy month of Ramadan to bring about peace and security and achieve stability in Yemen”.

The coalition will “adhere to this ceasefire and take all necessary steps and procedures to ensure its success”.

Al-Maliki’s announcement came three days after the Houthi rebels who control the Yemeni capital offered a three-day ceasefire, which they say could become permanent if the Saudi-led coalition agrees. The head of the Houthi Supreme Political Council, Mahdi al-Mashat Mashat, said in a speech televised in Yemen on Saturday:

“This is a sincere invitation and a practical step to restore confidence and move all sides from the arena of talks to the arena of action.”

The Houthis wanted to stop their missile and drone attacks. In return, the Saudis are expected to suspend their bombing and lift the blockade of Yemen’s ports, Mashat said.

His proposal came after a devastating Houthi attack on Saudi oil company Aramco’s oil depots in Jeddah on March 25 and a retaliatory coalition attack on Yemen’s capital Sana’a and the port of Hodeidah.

In the ceasefire announcement, Al-Maliki noted that the Saudi-led coalition “reaffirmed its unwavering position in supporting the legitimate government of Yemen, both in its political positions and in its military procedures and actions.” referred to the Riyadh-backed rival of the Houthis. So while it is possible that the Ramadan ceasefire will become permanent, the dispute that underlies the seven-year conflict remains unresolved.

Riyadh and its allies launched an air war in Yemen in March 2015, which was later followed by a ground campaign to reinstate Saudi-backed President Abdrabbuh Mansur Hadi, who had been ousted by the Houthis. The coalition has accused the Shia group of being Iran’s proxies, but Tehran has denied it.

The United Nations estimates that more than 400,000 Yemenis have died in the war, including many children under the age of five who starved to death or died of disease as a result of the blockade.