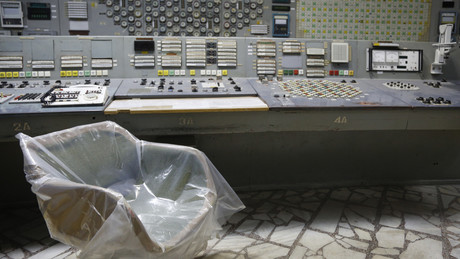 Ukraine has notified the International Atomic Energy Agency (IAEA) that it has regained control of the Chernobyl nuclear power plant, the agency’s website said in a statement.

Russian troops, who last month took over the exclusion zone around the Chernobyl nuclear power plant, which was destroyed in 1986, have returned control to Ukraine, the International Atomic Energy Agency said on Thursday. Russia handed over control in writing to Ukrainian personnel, wrote the IAEA in a press release with reference to Ukrainian authorities.

The agency added that it was unable to confirm reports that Russian forces received high levels of radiation while in the Chernobyl Exclusion Zone.

IAEA chief Rafael Grossi traveled to Ukraine this week to prepare technical assistance for the operational safety of nuclear facilities in the country. He arrived in Kaliningrad on Thursday for talks with top Russian officials. According to his own statements, the day before he had also visited the nuclear power plant in southern Ukraine in the Nikolayev region.