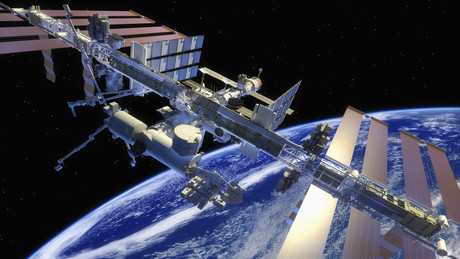 The head of the Russian space agency Roskosmos, Dmitry Rogozin, has announced on his Telegram account that cooperation with the space agencies of the USA (NASA), Canada, Europe (ESA) and Japan will soon be terminated. The International Space Station ISS, which depends on Russia’s cooperation, is also affected.

In a detailed statement by the director general of the Russian space agency Roscosmos, Dmitry Rogozin, published on Saturday, he reports on his efforts to save international cooperation in space and on the cautious reactions of his European, North American and Japanese colleagues. According to Rogozin, the American and Canadian answers are written almost identically and are very formal.

The head of the European space agency ESA, Josef Aschbacher, said that he could not decide anything himself and that he had forwarded Rogozin’s letter to the member states of the EU. Rogozin comments on this in his statement:

“That means we are being asked to wait until the bureaucracies of all 28 EU countries read the Roskosmos letter. By then, either the donkey or the ISS will have died. However, the position of our partners is clear: the sanctions will not be lifted .”

Although the Western partners involved in the ISS have quietly indicated that there will be ways of circumventing the sanctions that directly affect the security of the ISS, he does not consider such an approach to be acceptable:

“The sanctions of the United States, Canada, the European Union and Japan are aimed at blocking the financial, economic and productive activities of our high-tech companies. The aim of the sanctions is to destroy the Russian economy, our people in despair and to bring down hunger and bring our country to its knees.”

The list of sanctions imposed by the US, Japan and the EU on companies in the Russian space industry is long. Rogozin listed the main ones in another publication.

In December 2019, the US Federal National Defense Authorization Act 2020 (NDAA) banned the US Department of Defense from subcontracting satellite services if the satellite service is put into orbit by Russian-developed spacecraft and launch vehicles.

The following year, in December 2020, the US Department of Commerce imposed targeted sanctions on the Russian Mechanical Engineering Research Center and the Progress Rocket and Space Center. The U.S. Department of Commerce’s Bureau of Industry and Security (BIS) has designated these entities as “MEU” military suppliers and as denial policy targets on the Export Administration Regulations (EAR) list for any export, re-export, or transfer project in which U.S -Companies involved, classified.

In March 2022, the Russian Space Systems (RKS) company was also subject to sanctions. The company was thus subjected to the refusal policy. However, it has been given the opportunity, through the Bureau of Industry and Security, to obtain an export license for US companies on a case-by-case basis if its supplies are related to US government-sponsored space programs.

At the same time, in March 2022, the Russian Federation was blacklisted under the International Traffic in Arms Regulations (ITAR), which means that the U.S. Department of State requires export and import licenses for dual-use military products and services, including launch vehicles, commercial spacecraft and related goods, denied.

Under these circumstances, the Russian head of space travel concludes, normal cooperation can no longer exist or only resume once the sanctions are “completely and unconditionally” lifted.

Therefore, a proposal for the timing and modalities of Russia’s exit from the ISS project will be submitted to the Russian leadership shortly, Rogozin announced in the statement.

More on the subject – Russian Foreign Ministry: Because of Biden’s statements, there is a risk of breaking off relations with the USA