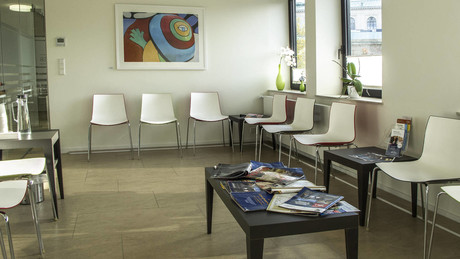 dr Erich Freisleben completed his specialist training as an internist in the infection department of the Rudolf Virchow Hospital in Berlin. In addition, Freisleben worked for eight years as a delegate in the Association of Statutory Health Insurance Physicians, is the managing director of a physicians’ network and has published various articles and books on health policy topics. He has been a practicing general practitioner in the capital for decades.

The doctor received media attention via a recently broadcast MDRdocumentation with the title “Vaccination complications: why those affected feel left alone”. With regard to his statements in the MDR article on the steadily increasing number of patients with sometimes serious vaccination side effects, the Berliner Zeitung asked in a interviews for more details from the day-to-day practice of the doctor. At the beginning of the article it says: “The Berlin doctor Erich Freisleben is overrun by patients with side effects from vaccinations. He has found a therapy – but he cannot help everyone.”

Due to the large number of new patients, Freisleben felt compelled to hire another colleague “to cope with the onslaught”. He drafted “information sheets for colleagues” and in the interview he emphatically demands that “research should do more to address the side effects of vaccination”. He himself “first had to learn what the side effects of vaccination with COVID are”. As an example, he cites the case of a patient:

“As early as May 2021, a 62-year-old patient died of sinus vein thrombosis. He first had a pulmonary embolism, severe coagulation processes were discovered in the intestines in the hospital and he was sent home after being given blood thinners. First he got better, then he went back to the hospital with sinus vein thrombosis, and on his deathbed he said, ‘Tell everyone not to get vaccinated.’ That was a shock for me.”

Today, the medical profession would know that “you have to give cortisone to curb the massive inflammatory processes. I didn’t know that at the time either,” said Freisleben in an interview. He tried to understand which coagulation processes are active in the body after vaccinations have been administered. In 40 percent of 60 of his vaccinated patients, he found increased D-dimers (cleavage products of fibrin, an important protein for blood clotting). This is a “surprising find”. A first discovery was:

“During that time, the labs called me excitedly, thinking it was pulmonary embolism. But they couldn’t see it, the patients seemed fine.”

The second new knowledge for the experienced doctor would have resulted from the atypical depictions of autoimmune processes in his patients:

“People come with symptoms that you don’t know in this combination. They have dizziness, skin symptoms, stinging in the joints and are incredibly tired. When I do the usual blood tests, I don’t find anything. The patient goes to the neurologist, who measures them Nerve conduction speed and finds nothing, just as little as the ENT doctor.”

With these uncertainties, many of those affected would be “really lost”. None of the respective specialists could help acutely. The experience reports of his mostly desperate new patients:

“If they then even mention the word vaccination or vaccination side effects, many doctors turn away from them. The patients tell almost all the same story: They were told it was psychosomatic or they shouldn’t do it or they were just imagining it . I have now examined, treated and reported almost 100 patients.”

In the Corona crisis, there was still no knowledge of how these problems would arise. Freisleben explains:

“You can’t find anything in the specialist press, but you can find it in pathologists, who are said to be so-called conspirators. They found mass autoimmune reactions in the bodies of dead people.”

In retrospect, other “possibilities for the development of the symptoms” had shown themselves to be “a special form of antibodies”, the so-called antagonistic antibodies. The human body works with agonists and antagonists. Agonists are responsible for “a response”, antagonists “inhibit” it. agonist and antagonist work together in every type of movement in the body. For example, if a muscle has contracted, it cannot relax on its own. This requires the contraction of the opposite muscle. Freisleben explains the current phenomenon in an interview:

“Such (antagonistic antibodies) are normally only found in three percent of cases in blood supplies, mostly in chronically and protractedly ill patients. But they are found in 90 percent of patients with vaccination side effects. You have to pay for the proof yourself, I have it seen more often now.”

Since these receptors can also be found “in the heart, in the eyes, in the kidneys”, the “variety of symptoms” can be explained. Research on this is still in progress:

“We know that this is the case, but we don’t yet know how long these antibodies block the signaling pathways. But we do know that there have never been any vaccinations like this. Not taking this into account is an absolute no-go. “

The internist has the following reason for the fact that there is currently “no outcry among medical professionals”:

“There is a strong agenda in Germany and also worldwide, which says: Vaccination will save us from the pandemic. Everything that relativizes this thesis is immediately overshadowed. Research is being carried out on Long-COVID, but it shows I assess the severity of the disease and motivate people to vaccinate. In the case of vaccination side effects, I could make people suspicious of their willingness to vaccinate, which is almost taboo from the start.”

Freisleben confirmed that in his practice the number of patients with vaccination side effects now clearly exceeds that of patients with Long COVID. According to information from around “700 older” patients, he is confronted with subsequent problems in his role as practicing vaccinator:

“But they showed their willingness to follow what the government wanted. And now they have these massive problems and nobody can help them.”

Why he personally regards cortisone in therapy as “a kind of miracle cure” is based on experience. A brain tumor patient’s condition after “treatment and radiation” deteriorated rapidly after vaccination. Nothing was found at the hospital, he was told it was from the brain radiation. Freisleben’s own initiative:

“So I said to myself, that can’t be, it doesn’t make you fall into a comatose state after months. I was desperately asked to help him and gave him high doses of cortisone as a test. After three days he was sitting across from me, he could talk again, walk again, eat again.”

Then he would have “dared to approach other cases” in which “certain characteristics in connection with the vaccination” were present. It was followed by “a success rate of 70 to 80 percent. I don’t always get a complete cure, but I get a quick improvement,” says the internist. Freisleben has 2,500 patients in his practice, about half of whom have been vaccinated. The reality looks like this: “If I put that in relation, 40 to about 1,250, I get about three percent with serious vaccination side effects.” “In 35 years of working as a doctor in private practice, he had seen maybe five or six side effects from vaccines. I’ve now counted 96 for the new vaccines.” Freisleben speaks out against compulsory vaccination:

“First of all, that would be a massive intervention in the body. Normally you have to give your consent for every small intervention, but this would be a measure without consent. It was also suggested that the unvaccinated would endanger others, which is definitely wrong. To regard the unvaccinated as antisocial , has to do with the dogmatization of the vaccination issue. It has nothing to do with medicine.”

Freisleben did his doctorate in historical medicine on the subject of racial hygiene and racial ideology, so for him there was “another more important reason that speaks against compulsory vaccination”. In the interview, the doctor explains that, in his opinion, “the big problem of the 19th and 20th centuries was nationalism and racism”. The 21st century is more likely to suffer from the fact that “the exponentially growing technological potency can no longer be reconciled with the compatibility of human nature and the environment”. At the end of the interview, he explains what he sees as the “biggest problem”: “The financial power of a few global players is capable of egocentrically rampaging through the public life of nations and their institutions.” The 80 percent financing of the WHO by private investors, mostly from the pharmaceutical industry, is just “an example” of this, according to the Berlin doctor, to finally warn:

“Compulsory vaccination would open the door to abuse.”

More on the subject – Two years of pandemic management: How politicians produced the “clinic overload” themselves