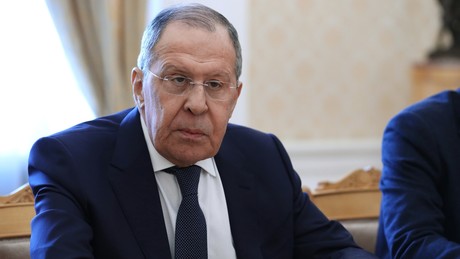 According to the Russian foreign minister, the published footage from the small Ukrainian town of Bucha is a staging used for anti-Russian purposes. Lavrov met with UN Emergency Relief Coordinator Martin Griffiths in Moscow for talks.

On Monday, Russia’s chief diplomat, Sergei Lavrov, at a meeting with the UN Humanitarian Coordinator, Martin Griffiths, said that a staging had taken place in the small town of Bucha, which representatives of Ukraine and their Western patrons are now spreading across all social media channels .

Repeating the statement by the Russian Defense Ministry the previous day, Lavrov said that Russian soldiers completely left the city on March 30. On March 31, the mayor of the city solemnly announced that everything was fine in his area of ​​responsibility. The staging that is now being used for anti-Russian purposes took place two days later.

“We initiated an emergency meeting of the UN Security Council on this specific issue because we see such provocations as an immediate threat to international peace and security,” the diplomat summed up. Although such a meeting has not been confirmed, Moscow will require Britain, which currently chairs the body, to carry out its functions, Lavrov said.