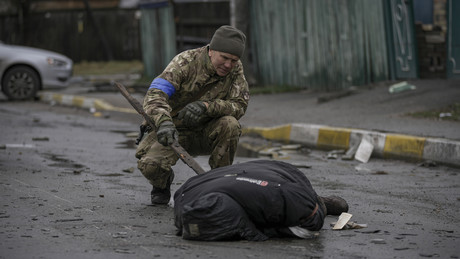 Russia has denied all allegations of involvement in the deaths of civilians in the small Ukrainian town of Bucha. According to Kremlin spokesman Dmitry Peskov, the published photos and videos should not be believed.

The photos and videos of the mass killings in the small town of Bucha distributed by the Ukrainian side should not be trusted, Kremlin spokesman Dmitry Peskov told journalists on Monday. Experts from the Russian Ministry of Defense found signs of forgery in these recordings. He emphasized:

“We categorically reject any allegations. Furthermore, we believe that this issue should be discussed at the highest possible level.”

He also called on politicians around the world not to make sweeping accusations, but to seek information from various sources and at least listen to the arguments of the Russian side. Peskov did not want to comment on how this development could affect the peace negotiations.