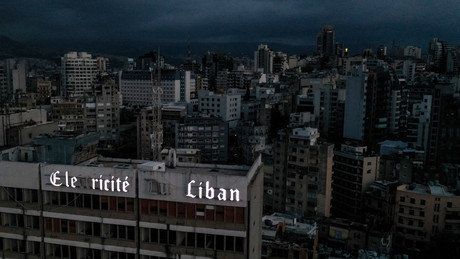 Lebanon as a state and its central bank have gone bankrupt, according to the country’s Deputy Prime Minister. The economy in Lebanon has long been on the brink. The country struggles with power outages and occasional outbreaks of political violence and unrest.

Lebanon as a state and its central bank have gone bankrupt, according to Deputy Prime Minister Saadeh Al-Shami. “We will try to reduce the losses for the people,” Al-Shami told the local broadcaster Al Jadeed. Al-Shami has been Deputy Prime Minister in the Najib Miqati government since September 2021. Al-Shami is considered an expert on economic and financial policy.

The vice premier said the country’s situation “cannot be ignored,” so bank withdrawals cannot be available to all people. Foreign currency cash withdrawals have been severely restricted in Lebanon since 2019 due to the ongoing economic crisis.

Lebanon is a crisis-ridden country. Since the end of 2019, the country has been suffering from a severe economic crisis, including massive currency devaluation and fuel and drug shortages. Its economy has long been on the brink. He struggles with power outages and experiences occasional outbreaks of political violence and unrest. Around three quarters of the population now live in poverty. The Lebanese energy supply system is outdated. In view of the shortage of fuel, the healthcare system was already threatening to collapse. Recently there have also been several chaotic scenes in the country.

More on the subject – Heavy gun battles in Beirut: Is Lebanon headed for civil war?