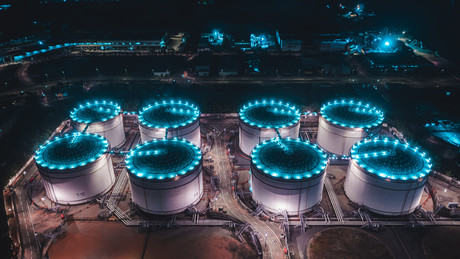 While the West is discussing a boycott of energy resources from Russia, other countries are buying Russian gas and oil at discounts. According to media reports, Chinese companies should be at the forefront.

China’s top liquefied natural gas (LNG) importers are looking to buy additional supplies from sanctions-hit Russia to take advantage of the cheap rebates the country is currently offering. Bloomberg reported Monday, citing people who want to be familiar with the matter. The increased buying is said to be to fill up storage tanks before prices start to rise again in the summer.

According to the sources, Chinese state-owned companies Sinopec and PetroChina, among others, are conducting negotiations with Russia. Some importers are even considering hiring Russian firms to bid for LNG purchases on their behalf in order to hide their sourcing plans from foreign governments.

The purchases come at a time when some countries, including the US and UK, have called for a ban on imports of Russian energy goods as part of sanctions against Russia. The EU has so far refused to do so, while the US and UK also continue to buy Russian oil and gas.

Meanwhile, Russian LNG is trading on the spot market at a discount of more than 10 percent to other North Asian suppliers, traders say. Spot prices for the super-cooled fuel have risen to record highs amid tight supply.