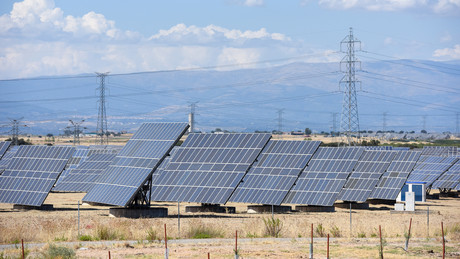 The socialist island nation has repeatedly struggled with energy crises in the past due to its heavy dependence on imported fossil fuels. The expansion of renewable energies should now remedy the situation.

During a stay in Germany, Cuba’s Energy Minister Nicolás Liván Arronte tried to strengthen cooperation between the two countries and with international organizations in the field of renewable energies. Liván Arronte was in Berlin for the Berlin Dialogue on the Energy Transition 2022. The German edition of the Cuban newspaper Granma wrote that there had been a “friendly meeting” with Francesco La Camera, Director General of the International Renewable Energy Agency (IRENA). The organization will support the Cuban government with financial means in the construction of a photovoltaic park with a capacity of 15 megawatts. The agency also promised to continue to support the socialist island state in changing its energy matrix.

There was also a meeting with Ajay Mathur, Director General of the International Solar Alliance. The Cuban Minister of Energy discussed with him projects to create renewable energies in Cuba. In addition, Arronte discussed with Simone Peter, President of the Federal Association of Renewable Energies, the possibilities for German companies to support such projects.

Arronte reported to the German and international partners on the Cuban government’s experiences with the domestic program to promote renewable energy sources. This strategy aims at “holistic and sustainable energy development as a priority solution to the growing world energy demand, the instability of oil prices and other fossil fuels, as well as the reduction of the costs of renewable energy sources, in particular photovoltaic and wind energy, as well as the future development of electric vehicle traffic”. Granma writes with reference to the specialist website Cuba energia.

The Cuban Energy Minister also met with the left-wing politician and chairman of the Committee on Economics and Energy of the German Bundestag, Klaus Ernst, as the portal amerika21 writes. There was also a meeting with representatives of Siemens Energy, where cooperation opportunities between Cuba and the German company in the field of renewable energies were also discussed. According to Arronte, the companies are ready to resume negotiations with the Cuban government.

At the recent meeting of the Cuban Council of Ministers, it was decided that the socialist island republic will promote the development of sustainable energy sources in order to meet the challenges of energy supply. By 2030, 37 percent of Cuba’s energy should come from renewable sources, at least that’s Havana’s plan.

The Minister of Energy stated:

“One of the key issues to consider when analyzing pathways to achieve a global energy transition is the disparities between countries in terms of economic development, power generation base, energy infrastructure, energy access and financial benefits. A sustainable energy system requires public sector support, but also a strong financial support system for countries like Cuba, which is committed to the energy transition but needs more financial capabilities and international cooperation.”