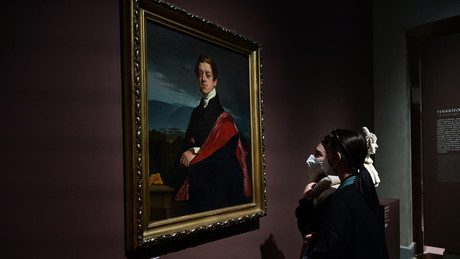 Finnish customs have confiscated three vans with paintings from Russian museums on the border with Russia. As Mikhail Shvydkoi, Russia’s commissioner for international cultural policy, explained, the move is a consequence of recent EU sanctions.

At the beginning of April, Finnish customs confiscated three vans with more than 200 Russian paintings, including those from the world-famous Saint Petersburg Hermitage and the Tretyakov Gallery in Moscow. According to media reports, the paintings had previously been shown at exhibitions in Italy. The exhibits are also said to include artworks from the Pushkin Museum that were exhibited in Japan.

The Russian Ministry of Culture initially spoke of a customs control. As reported by the Interfax news agency, the Hermitage told journalists that the difficulties at the border were related to logistics and not to sanctions.

However, Finnish customs referred to recent EU sanctions: “Over the weekend, customs at the Vaalimaa border crossing stopped three consignments of goods that may be the subject of EU sanctions,” it said in a statement. The authority initiated a preliminary investigation. Mikhail Shvydkoi, the Russian President’s special representative for international cultural cooperation, also confirmed that the reason for the problems at the border is new EU sanctions. According to him, Russian diplomats in Finland were dealing with the incident. He said:

The geopolitical situation is quite complicated. But I hope that all the things that were taken abroad will return to the Russian Federation in time.

The works had already caused a stir last month when the Hermitage asked Italian museums, including Milan’s Gallerie d’Italia, to return borrowed works of art early. A little later, however, the Saint Petersburg Museum withdrew the demand.

More on the subject – After performances were canceled: Anna Netrebko distanced herself from the Russian government