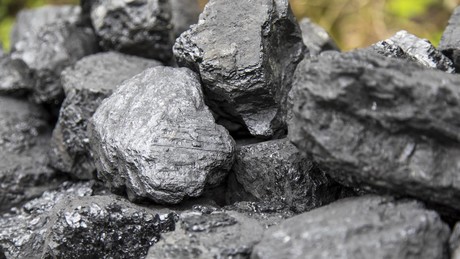 In addition to the currently discussed embargo on Russian natural gas and oil, Robert Habeck’s (Greens) Ministry of Economic Affairs is warning against a rapid phase-out of Russian hard coal. Industry and power supply in particular would have massive problems within a very short time.

Russian hard coal is an important factor for German industry and power generation. According to an internal paper from the Ministry of Economic Affairs to the Economic Committee of the Bundestag, a quick end to Russian hard coal imports – which some politicians are currently demanding – would have massive consequences for Germany. The reported the business insider.

According to this, Germany used around 31 million tons of hard coal in 2020 alone. About 50 percent of this was used for power generation, the other half was used by industry, especially steel production. In order to cover the enormous demand, Germany imports around 14.5 million tons of hard coal from Russia, i.e. almost half of the total consumption in a year, the document says. In the power plant sector and thus in electricity generation, the proportion of Russian coal is significantly higher.

There are warnings of a loss of Russian import volumes. Accordingly, there could be bottlenecks in industry and in the power supply in the short term. It is true that “existing reserves at the power plant sites and intermediately stored hard coal in the ports” can be used to generate electricity. But according to the Ministry of Economic Affairs, these capacities are only sufficient for four to six weeks, depending on the power plant – then the lights go out.

As a result, the Federal Network Agency would have to ration coal and decide in which power plants it would be used. As a result, there was a risk of regional bottlenecks in the power supply.

In order to prevent this, the majority of German power plant operators have already started to reduce the use of Russian hard coal, the Ministry of Economic Affairs continues and adds:

“Even the large industrial users of coal, especially the steel industry, are already changing their supply contracts.”

A significant reduction in the share of Russian hard coal in total consumption to around 25 percent can already be expected in the course of April – but the consequences of this are not discussed in the letters.

Because of the war in Ukraine, the EU will continue to restrict imports of Russian hard coal, according to Focus reported.