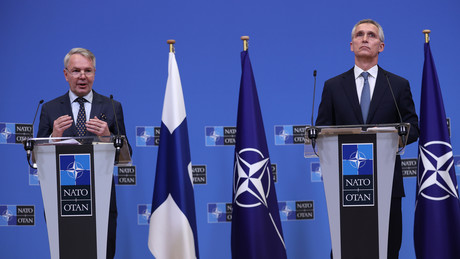 Neutral Finland considers joining NATO. According to the country’s foreign minister, parliament will take a precise position on this issue by the middle of the month. The Finnish head of government said a decision should be made “thoroughly but quickly”.

By the middle of the month, Finland’s government will submit a proposal to the country’s parliament on possible NATO membership. This was announced by Finnish Foreign Minister Pekka Haavisto.

Russia’s military action in Ukraine is said to have prompted Finland, which shares a border with Russia, to intensify discussions about the potential benefits of joining the military alliance. Haavisto said the Finnish leadership had already discussed the matter with “almost all” NATO members. He talks about it “almost daily” with neighboring Sweden, which is also considering joining the military alliance.

In an interview with Reuters news agency published Monday, Finland’s chief diplomat said Finland must be prepared for Russian retaliation and “also listen to how NATO countries would react.” He emphasized:

“We don’t need to make quick decisions about our own defenses, but certainly a possible application for membership could result in us being the target of interference or hybrid action.”

On Saturday, Sanna Marin, the country’s prime minister, said during a gathering of delegates from the Social Democratic Party that Russia’s offensive in Ukraine has irreversibly undermined trust between Helsinki and Moscow. She highlighted:

“Russia is not the neighbor we thought it was.”

The Prime Minister acknowledged that both joining and not joining NATO are “decisions that have consequences”.

She stressed that a decision should be made “thoroughly but quickly” this spring.

Recent polls in both Finland and Sweden show that the conflict in Ukraine has changed public opinion significantly compared to previous years, with a majority of respondents now in favor of joining NATO. According to a poll conducted this month by the polling institute Yle, 62 percent of the Finnish population would like their country to be a member of the western military alliance. The polls led Finnish President Sauli Niinisto to say that with such a level of support for NATO membership, a referendum was not necessary.

According to NATO Secretary General Jens Stoltenberg, both countries have a good chance of joining the bloc “relatively quickly”. He told CNN television on Sunday:

“Of course they have to make a choice, but if they do make the request I expect that they will be made very welcome by all 30 allies and that we will find ways to get them into the alliance relatively quickly if they want that.”

Meanwhile, Russia has warned Finland and Sweden against NATO membership. Sergei Belyayev, head of the second European department at the Russian foreign ministry, told the Interfax news agency in March:

“It is clear that if Finland and Sweden joined NATO, which is primarily a military organization, there would be serious military and political consequences that would force us to reconsider the whole spectrum of relations with these countries and retaliate to take.”